Interview
Fading Fury: Facing the Past, (Re-)Framing the Future
A photographer unearths some of his very first pictures—shot nearly 30 years ago in New York City—helping him to confront his past and turn the page towards a brighter future.

Fading Fury: Facing the Past, (Re-)Framing the Future
A photographer unearths some of his very first pictures—shot nearly 30 years ago in New York City—helping him to confront his past and turn the page towards a brighter future. 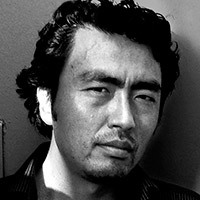 “Life can only be understood backwards; but it must be lived forwards…”

Jehsong Baak is a Korean-born, American-raised, Paris-based photographer. His career began in the late ’80s, when he moved to New York City at the age of 19. Over the years that followed, he produced a wide-ranging and deeply personal portfolio of work. Then, quite suddenly, he decided to throw away (almost) all of his work and quit photography forever.

Fortunately, “forever” didn’t last even a decade. After a hiatus, Baak picked up his camera again and returned to his passion. Today, almost 30 years removed from this first work, Baak decided it was time to travel back to his past and rediscover his younger self—”a lost soul filled with rage and longing.” Below, we interview this talented, enigmatic artist to learn more about the origins of his new book, Fading Fury.

LC: In the book’s harrowing introduction, you describe a watershed moment in your life when you decided to give up your photography career (seemingly forever). What later inspired you to pick up your camera again?

JB: It probably had something to do with a trip I had made in 1997 to the place I was born in South Korea, to meet my biological mother. She had left my life when I was 2 or 3 years old, so over 25 years had passed since I had last seen her.

Observing her during those couple of weeks, I got to know a woman who had gone through both big and small tragedies. It made me think of the absurd nature of my life at that point: I was living in New York and I had just stopped doing financial market research for an investor. It was a job which was not entirely uninteresting, but far from what I was put on this earth to do. In short, I had come to see how New York was a real grind—I had essentially become a slave to my rent.

I had become a person who gets up in the morning to go to work, to do something I didn’t really enjoy, for the sole purpose of being able to pay my rent.

I had $10,000 to my name and I knew I could probably raise another few thousand selling all my stuff. With that, I decided that I would give myself a second life and a second chance to be a photographer again in Paris.

I had visited Paris for the first time when I was 22 and had fallen head over heels in love with the beauty that I had never seen before. With my life savings in hand, I figured I had a year in Paris to focus on photography and nothing else, and to find out who I was.

LC: Fast-forward to today: the seed of this project was a manila envelope filled with 20+ year-old negatives, shot from your earliest days in New York. In today’s disposable, digital culture, we place a great value on the fresh, the new, the latest…how do you feel about materiality in photography? A captured moment is wholly ephemeral—except when there are physical traces to re-discover?

JB: I tend to think that digital pictures taken today will carry the same level of emotional significance when we look at them in 20 years as looking at pictures we took on film 20 years ago. Digital or analog, photographs record a moment. The more time passes, the more we become sentimental and nostalgic about what was recorded in a photograph.

Maybe one significant difference, however, is that people take so many pictures today with their digital cameras. As a kid, photographs really meant something. To make a picture, you had to buy film and put it into a camera. You checked to see how many shots were left, hoping to make the most of the roll. When it was finished, you had to get the film developed at a photo lab or at a drug store. Later, when the small prints were picked up, you looked at each picture with great attention. Many of them ended up in an album, and from time to time, you would open the album to reminisce.

Today, people take pictures without thinking twice. The physical gesture of pulling out our smartphone seems to have become more important than the pictures themselves. A majority of the pictures we take today, we will probably never look at again. Before digital photography, people made a deliberate choice as to whether something was worthy of being photographed or not. I think this is one of the reasons why I continue to take pictures with film. It helps me not to take the process for granted.

LC: Since you began photographing again, you have been shooting in black and white. From where does this undying fascination arise? What’s special about this singular vision of the world?

JB: Black and white allows me to escape to an imaginary and poetic place—a way of seeing that filters out the incessant noise of our zany world. With my photographs, I aim to capture a certain beauty and emotional truth which lie underneath the surface, something which I have not managed to do with color. Without meaning to sound pretentious: black and white pictures seem to speak language of the soul.

LC: Outside of photography, who or what are some of your strongest influences? Music or visual art or cinema or writers or travels or…? How do they play a role in shaping this work?

JB: My first important influence, undoubtedly, was growing up in a predominantly black neighborhood in the suburbs of Washington, DC. I lived there after my family moved to the U.S. in the late ’70s and it was at this age that I began absorbing black culture through music.

Looking at these pictures from my early days in New York, it was a bit like traveling back in time and meeting my younger self.

It was a rough, often violent environment, but the black music that seeped out of my neighbors’ walls and into my ears did so much to help this emotionally paralyzed Korean kid find release. Sometimes I would peer into the window of my next-door neighbor and see people dancing while they watched Soul Train on TV. It was an antidote to the rigid, Confucianist, Korean family I grew up in.

I also read a lot as a kid, whatever book I could get my hands on. Tennessee Williams was my favorite. He portrayed such heartbreaking human frailty, told with great tenderness.

LC: Travel has been very important to your photography—in cities and foreign lands all over the world. Fading Fury is not obviously a travel book because it documents your life in your then-home, New York. But I can imagine that for you, putting together the book some decades later required the mindset of a traveler in some different, less obvious ways?

JB: There is a movie I saw once…I can’t remember the name of it now…where one of the characters talks about how he wishes he could go back in time to talk to his younger self, to give him some advice about the stupid mistakes to avoid and how he could live a better.

Looking at these pictures from my early days in New York, it was a bit like traveling back in time and meeting my younger self. Through these frames, I was getting to know better who I was back then, which in turn has helped me to better understand where I am now.

Just as importantly, working on this book helped me to come to terms with my father. The collages I made, using pictures of him as a young man, came from a family album. The later pictures of him (only the second time that I had ever photographed him) were taken in 2013 when my father came up to New York to spend a weekend with me. By juxtaposing the two, I feel that I have come closer to this man and been able to acknowledge and accept who he is.

Now, it is time to turn the page and to look ahead with a much lighter heart.

LC: What have been some of the biggest surprises you faced in confronting yourself through these old pictures?

JB: Looking at these photographs from my youth, I felt a certain respect for the courage of a young man who was not afraid to choose a difficult path for himself. It was clear that he was confronting his demons head-on, trying to find peace. I developed compassion for his suffering.

I think that many, if not most, artists are drawn to pain—whether because of a hard childhood or being born overly sensitive. But the salvation of making art is that it provides us with a means to find deliverance and spiritual freedom. Looking back, I saw how being able to express myself through pictures undoubtedly helped me to not fall through the cracks.

LC: Now that the book is finished, do you feel a desire to keep engaging in such an intensely personal vein? Or would you prefer something light-hearted, something completely different?

Recently, I caught up with my friend Anders Petersen who was passing through Paris. An extraordinary person, with an intense passion and commitment to his art. During our talk, he reiterated something that he had told me over a dozen years ago when we had first met: we must dare to be totally naked and vulnerable with ourselves.

That being said, vulnerability can’t be the only inspiration for my work. John Cassavetes, whose films have had a profound impact on my life, said that he has one, singular obsession in his work—love. He wanted to show how even when someone is beaten up by all the problems in life, the only possibility for him to be saved is through finding and experiencing true love.

In the work that I have done up to now, there has been considerable loneliness and suffering. But underneath that pain, love has always been the driving force.

My work is certainly autobiographical but what interests me is an issue that so many people in our society must face—how to let go of our pain; how to be more loving; how to stop dwelling in darkness and embrace light? We find these themes often in music, cinema, literature, but rarely in photography or in contemporary art.

In my future projects, I would like to make works about what it is to be happy.