Interview
The Stilled Gaze
Reknowned British landscape and still-life photographer John Blakemore has produced a breathtaking body of work and has influenced generations of photographers through his teaching and workshops. Here we present just a dozen from his Tulip series, plus a...
Photographs by John Blakemore
View Images

The Stilled Gaze
Reknowned British landscape and still-life photographer John Blakemore has produced a breathtaking body of work and has influenced generations of photographers through his teaching and workshops. Here we present just a dozen from his Tulip series, plus a generous and articulate that ranges from technique to philosophy and more. 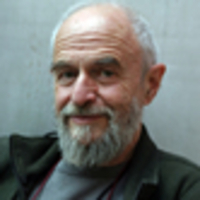 John Blakemore is a master photographer and printer from Great Britain, who has been practicing his art since 1956. Renowned for his richly detailed and nuanced landscapes and still-lifes, he has influenced generations of photographers through his classes at the University of Derby as well as countless workshops. Students and fellow photographers often acknowledge that Blakemore has "enriched their lives beyond compare."

We met at the Rhubarb-Rhubarb photography festival in Birmingham, UK, and talked for a long pleasant time about his career in photography, nine years of creating still-life images of tulips, the paradox of the "subject" of a photo, his process of working and re-working, and his fascination with the subtleties of print tonality. You can listen to 12-minute edited version of our conversation here. It was recorded at a busy outdoor cafe, so there is a bit of bothersome background noise, but his manner of speaking and articulate nature make it a very worthwhile listen.

His new book, John Blakemore's Black and White Photography Workshop, is an articulate distillation of his teaching and workshops over the past 30 years. It is a remarkable resource not only for technical processes with the camera and in the darkroom, but also a very thoughtful philosophical examination of the creative process and photography itself.

Here is an example of Blakemore’s thoughtful eloquence in words, from his latest book, John Blakemore’s Black and White Photography Workshop:

What Kind of Journey?

"It only remains now to reconsider the images that were made during a period in which I photographed tulips so assiduously; to question the nature of the tulip journey.

"At the conclusion of any extended piece of work, one inevitably questions the results. What have I learned during this journey? What has this intense period of activity been about?

"I learned little about tulips, not much – less perhaps than I could have learned in a few afternoons at the library. My search then was not a botanical one, nor, though I learned a little history (I hadn’t previously known of the period characterized as ‘tulipomania’), a historical one. I looked at images that might not otherwise have engaged my attention – obscure flower paintings, botanical illustrations – not however, as an art historian but as an image-maker seeking ideas and correspondences.

"The tulip journey, then was ultimately a visual journey, an investigation and discovery of visual possibilities. The tulip became an object of attention and fascination. It became both text and pretext for an activity of picture-making. The photographs are not finally, or not primarily, about tulips: they contain tulips. To say this is not to diminish the role of the tulip. Had the vase of flowers on the table when I made the first tentative exposures exploring the space of my kitchen been, let’s say daffodils, then the journey, if it had ever begun, would in all probability have been shorter.

"The daffodil, although it is a delightful flower, exhibits a stubborn rigidity of form; it lives and dies at attention. The tulip, however, is a flower of constant metamorphosis; it stretches towards the light and gestures to occupy the space.

"I spent much time just contemplating the flowers, with the camera far from my thoughts. I delighted in the tulips’ voluptuous presence. Such periods of contemplation, of visual pleasure, are always a necessary part of my work process. It is a deepening of my experience of, and of my relationship to, my subject.

"One cannot photograph experience, but to have lived it can change and develop habitual ways of seeing and of knowing." 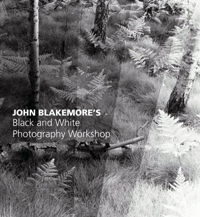 Another spectacular book, The Stilled Gaze, is out-of-print but well worth the search. 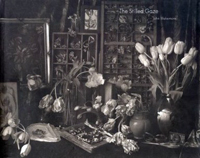 A retrospective of John Blakemore's work is currently being shown in London at Hoopers Gallery.