Jonathan Blaustein’s book, Extinction Party published by Yoffy Press in 2020, is a compilation of four bodies of work intersecting themes of American consumption and consumerism. A collection of still-life images with little decor and minimalist stylization, Blaustein’s blunt photographic style brings to the forefront a direct and unabashed confrontation with the aesthetics of his chosen subject matter.

Woven into the threads of this tapestry of photographs are deep concerns over American overconsumption, and what it means for our bodies, our lifestyles, the wastes we leave that tarnish our environments, and above all, the impoverishment of what American society has come to represent in the values of what we spend our money on. The book’s title, ‘Extinction Party’, acts as a tongue-in-cheek reflection of how mass-produced and consumerist lifestyles, and their environmental consequences, have placed the world on a path of unsustainability brought on by demand for convenience and novelty.

The work in this book began in the midst of the financial collapse of 2008, and has now been published on what was the cusp of America’s COVID-19 spread; symbolic bookends that each represent areas of significant societal failures. In the midst of the current pandemic, we turn our attention to the most immediate threat to our livelihoods and health, perhaps forgetting for a moment the continued decline of climate sustainability that underscores much of Blaustein’s concerns. In this interview, Blaustein talks to Gregory Eddi Jones for LensCulture about the evolution of the project, tackling the aesthetics of consumerism and the tumultuous new era this book was born into.

Gregory Eddi Jones: So you just published Extinction Party with Yoffy Press. I’d love to start by asking just in broad strokes about the genesis of this work. When did you begin it?

Jonathan Blaustein: Well, it’s really a two-part answer, so I’ll try to keep it brief. Extinction Party features four interconnected projects shot over ten years, and I began the superstructure in 2008, when I made The Value of a Dollar. It’s a series in which I shopped for food in the markets of New Mexico, and then photographed $1 worth of each item on my studio table.

I finished shooting the last project, Party City is the Devil, in 2018. As for the book, it began in February, 2019, when my publisher, Jennifer Yoffy, came to visit me in Taos for a little ski weekend. We chatted about the idea of a book on the ski lift, and then she asked to see my material after dinner, to have a crack at it. It happened in a natural, unplanned way, and my wife and I liked her edit enough that we decided not to even speak to any other publishers. We trusted her to help us make a cool book.

GEJ: Each of the projects interlaced in the book explores different facets of American consumption. There’s a certain wryness that defines a lot of your pictures, a funny tension between the blunt way you photograph things, and the almost grotesque nature of some of your subject matter. One image you made in 2008, One Dollar’s Worth of Potted Meat Food Product, tugs at me in different ways. I’m amused at it, but kind of sickened as well. It’s sort of a heartbreaking picture. Could you talk a little about what initially prompted you to explore consumption, and how you settled on the visual strategies/rhetoric to do so?

JB: That’s an easy one, because the root of the entire book stems from the McDonalds double-cheeseburger photograph. Back in 2007, I began noticing a lot of billboards and tractor trailers painted like the perfect Mickey D’s burger. Out here in the West, these trucks will pass you at 85 miles an hour on I-25, flying by with their 18-foot-wide, lacquered burgers and airbrushed French fries.

It bothered me that photography, the medium to which I had devoted my adult life, had been co-opted to create such a nefarious set of illusions. All of the fast food advertising was based on a false reality, but it was so powerful, it still enticed people into over-consuming fast food. Everyone knows the Big Mac doesn’t look like the picture, but they buy it anyway.

After about six months thinking about it, I decided to act, and started shopping for The Value of a Dollar in the spring of ‘08. My big idea was to go to the store, buy the burger, slap it down on my studio table, and shoot it with no additional lighting or retouching. I wanted to create a parallel reality, based on the thing itself, that would then sit out there in popular culture as a counter-narrative. You have the burger in the ad, and then the burger as it actually is. So of course, that way of thinking and shooting persisted over the course of the next group of projects, as they’re all interconnected.

GEJ: In the book are also selections from your most recent series, Party City is the Devil. It’s work that, in no uncertain terms, forms a critique on cheap tokens of consumerism like colorful plastics and paper products that are designed for parties. It’s doubtless that the demand for these sorts of products is one of the many factors in the declining health of the natural world. And your pictures in turn, frame the punchy colors and promises of fun these items offer as a sort of deceit, a promise of fun not to be trusted. Am I reading this project correctly?

JB: Totally. It’s all about attraction and repulsion, on multiple levels. I’m using party supplies, and Party City, as a stand in for American overconsumption, because the connections are so obvious. They use hyper-saturated, slick, candy colors in everything they sell, to get people to buy more things that will go straight into a landfill at the end of the day—if they don’t end up in the ocean. And everything is branded in our favorite Marvel and Disney IP, or maybe it’s actual candy.

Party City seduces us into consumption with color and sparkle, just as we artists seduce viewers into considering our ideas, and our symbols, by using color and pizazz in the same way. So I wanted the pictures to be attractive in a way that felt wrong, while also representing the shiny veneer of a hollowed out society.

I know it’s a cliché, but I wanted these pictures to have a ‘playing music on the decks of the Titanic while she’s going down’ kind of feel, and it seems like people get that.

GEJ: The publication of the book came just as news about the looming pandemic began to break, and I can’t help but find intersections between the themes of consumption in your work and how our lives have changed as a result of the stay-at-home orders. Certainly, both overlap with a certain dread that I feel about the state of humanity, which just seems to be drowning in a heap of global threats of our own making. I’m wondering how you see your work in relation to this new world the book was born into. And on a larger scope, I’m curious if you share my sense of dread, or if you are perhaps more hopeful that we can overcome our own follies?

JB: Tough question, for sure. Like everyone else, I’m having trouble making sense of how drastically the world has changed. Everything was irrevocably different after 9/11, and I suppose this is the next era for 21st Century America.

To answer your question directly, though, yes, I share your sense of dread. There is very little to be optimistic about now, but I spent much of 2019 thinking about the comparisons to 100 years ago, when so much wealth was concentrated in an oligarchy. Back then, it took a World War and the Great Depression to break the stranglehold, so I wondered what could ever come along that would be big enough to change the course of American politics?

Now that the disruption is here, we know what it looks like. But we planned the book in February 2019, and I named it in March 2019, so there was no way to know what was coming. I hoped it would be a symbolic warning, as it represents 10 years of my photographic projects. Instead, it seems literal.

It began on the cusp of one global economic catastrophe in 2008, and was released on the cusp of this one. As an artist, it feels good to have your finger on the pulse, but not when the future of the world is at stake. It’s like Albert Brooks once said, “There’s no special line at the bank for being ahead of your time.”

GEJ: So what’s coming up for you next? Do you have your sights set on your next project?

JB: Does anyone know what’s coming next in #2020? I sure don’t. As for my work, though, I haven’t really been interested in making a photo project, since I finished Party City is the Devil. Last year, I made wall installations out of party supplies for a museum show, and also did a drawing series, based on appropriated portraits from the internet. Basically, I’m in an experimentation phase, so who knows where my creativity will take me? 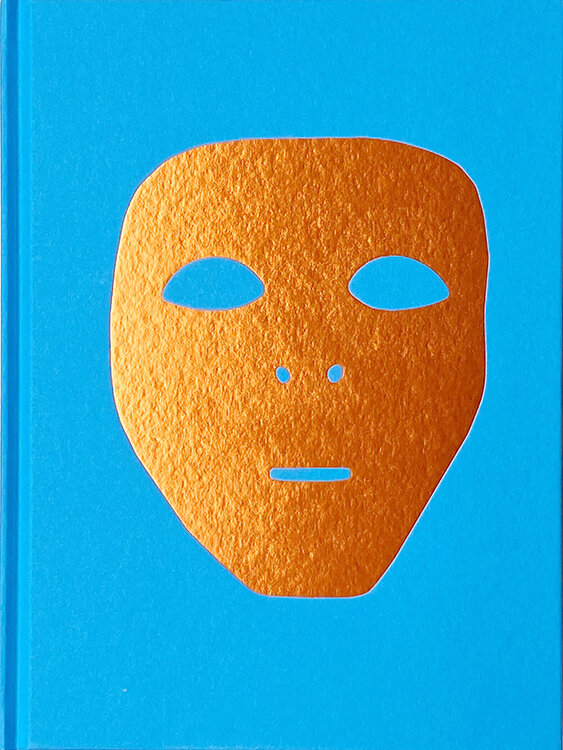