Interview
Memories of Past, Insights Towards the Future
Mixing nostalgia and beauty with a dash of uneasiness—and cross-fertilizing photographic techniques from the analog to the digital—these dreamy landscapes are one man’s expression of his way of seeing the world.

Memories of Past, Insights Towards the Future
Mixing nostalgia and beauty with a dash of uneasiness—and cross-fertilizing photographic techniques from the analog to the digital—these dreamy landscapes are one man’s expression of his way of seeing the world. 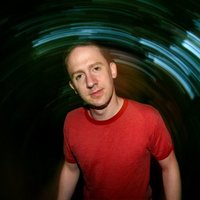 “As human beings, we view the world through a haze of our emotions. Though we often use our intellect as a counter-balance, we always come back to that emotional home. Often both beautiful and uneasy, our memories are a construction based on our own uniquely personal histories.”

For some photographers, there is a distinct look to their work. While some learned and formed their style before the internet took hold of our collective mind’s eye there are those who have been fully digital since picking up a camera and starting to express themselves.

For a special group of artists though, they are able to straddle the line between the fully analog world of film-based cameras and darkroom printing, with the world of digital captures and Lightroom adjustments. The work of Marc Sirinsky has a little of both—fully fluent in the world of manual cameras and wet darkroom processes, at the same time, Sirinsky has not been shy of melding silver with pixels. His work includes images made with iPhones or plastic film cameras; scanning film and printing onto papers more commonly used by photographers used to working with an inkjet and a pearl matte.

But one of the common threads and strengths to his work, looking beyond technique and tools, is the ability to mix nostalgia and beauty with a dash of uneasiness and tension from his own personal perspective.

Below is an excerpted interview with Sirinsky, conducted by Cary Benbow of Wobneb Magazine.

CB: What compels you to make the images you create?

MS: In all the years I’ve been photographing and all the interviews I’ve done, I’ve never been asked that.

I think for most artists, that question is difficult to answer because what motivates someone to self-expression can be very complex. For me, it’s a need—it’s how I see the world. I see light, shadow, color and texture all the time…I then take those things and create work that expresses my view as an individual: my experiences, my struggles and feelings. Hopefully, this can speak to someone else’s as well.

CB: Much of your work focuses on memories and/or family—what else are your main themes?

MS: Though the themes of my work have remained relatively constant throughout much of my career, the way I approach those themes has definitely changed. Primarily, I don’t address family issues as directly in my work as I did when I was starting out. I had a very difficult upbringing and my family dynamic was complicated, to say the least. But, I had a wonderful professor in art school who helped me to dig deep and channel those personal experiences into my work. Though it took a little bit of an emotional toll, those deep-seated issues were very accessible and easiest to deal with through an in-your-face approach. I suppose many art students get their sea legs by doing political work. I was no different: but I used my own family as a launching point.

As my career has progressed, I’ve allowed my experiences to settle in a bit and they now come out in much more subtle ways. Still, memory and the idea of how human beings recall their past experiences has always been something that I’ve found captivating.

CB: What or who are your photography inspirations?

MS: Inspirations are a hard thing because I think these also evolve over time. Many of the artists who inspire me most aren’t actually photographers—probably because I’ve spent so long working with alternative processes.

One photographer who sticks out, though, is Holly Roberts. In my view, she is one of the greatest photo artists of my lifetime. She was doing oil painting on photography 20 years before anyone else, and her work still stands up as some of the most interesting, textural, narrative work that I’ve ever seen.

Going back to a more classic name, I’ve always found Timothy O’Sullivan’s photographs absolutely fascinating. Without him, landscape photography as we know it would look very, very different. More recently, the young Japanese photographer named Ko Ushijima caught my eye. I discovered his work on Instagram, of all places, and he was the one who inspired me to do my first ever series of line drawings. I never knew I had it in me but after seeing his work, I immediately went into my studio and cranked out a whole series. I’d never felt anything quite like it and I have this amazing artist to thank for it. Needless to say, I bought one of his pieces immediately thereafter

Editors’ Note: Marc Sirinsky’s photography has appeared in numerous publications and in over 40 juried, solo, and group exhibitions. A native of Chicago, he now resides in Northern Virginia, in the greater Washington D.C. area.