Book review
The Lingering Urge: A  Review of “Independent Mysteries” by Michael Magers
Shot across multiple locations, Magers’ latest book is made up of poetic enigmas: images that linger beyond their first viewing, inviting us to look again.

The Lingering Urge: A Review of “Independent Mysteries” by Michael Magers
Shot across multiple locations, Magers’ latest book is made up of poetic enigmas: images that linger beyond their first viewing, inviting us to look again.

There is a particular sweetness in turning back. We see something—a spice in a grocery store, an ancient bit of vinyl in a record shop, a dark red wine from a grape whose name we cannot pronounce—and we think no, not for us. We take two steps. Maybe a dozen. But then we stop. We linger. We walk back and hold the object in our hands, turn it over, look for clues. Something here speaks to us. Can’t say why, but it does. Even if we put it down we know we’ll be back.

This is the feeling I get holding Independent Mysteries, the new book by documentary photographer Michael Magers. According to the book’s press release, “Magers exposes the persistent tension between connection and disconnection—a feeling of ‘intimate distance’ he grappled with while traveling to places like Japan, Haiti, and Cuba for various assignments and personal projects. Drawing on nearly a decade of work, each image can be viewed as a film-still, with little context other than light brushes of human contact, fleeting intimacy, solitude and vulnerability. Every one of the grainy, black-and-white photographs in this book carries with it a secret to be discovered and explored.”

That all sounds interesting and fine, intellectual and artsy, which sets off every alarm bell in my head. Oh lord, I think. Here comes the over-wrought. I’m not going to like this at all.

But Independent Mysteries is neither over-wrought nor heavy-handed. In fact, it delivers on the promise made by its title. The images are independent from each other (beyond many sharing loose geographic settings) and each one seems to carry a question, a mystery. Sometimes the mystery is situational: what is going on here? Sometimes the mystery is mood: what is going on here? And, of course, every mystery needs to be chased.

My first time through the book, I’ll admit my response was: it’s not for me. On first glance, many of the images seemed somehow off. I put the book down. I made more coffee and looked out the window. I couldn’t put my finger on why I wasn’t impressed. But I could not dismiss it. So I opened it once more. Remember that sweetness of returning? I found myself lingering with a few of the images, and then a few more, then several, then a lot. In the very best of them, there is an unfolding story. I do believe a single image can contain a narrative, and when I found myself unpacking the promised mysteries of these images I found myself engaged in story. And that is very much for me.

One of the wonderful things about photography with an artistic vision is that it asks us to reevaluate our taste, our expectations and empathies, with every image. Not every photograph is meant for a frame on a wall. A good many of the images in Independent Mysteries are successful not so much because they are examples of intriguing composition or light but because they provoke an unexpected transaction with a viewer. Not only is the mystery involved with the content of the photograph; the mystery is a narrative of how we read and react to the image. Not only where does the eye go, but where does the mind go too.

Independent Mysteries is both profound and uneven. Several of the images seem to work ground that others have been working for years—the odd tattoo, the figure behind a gauzy curtain, the pensive woman looking out a broken window, the blurry nude—but saying so may reveal more about me than about the book. That’s one of its pleasures.

There is text in Independent Mysteries, but not captions. Instead, as Magers explains in his epilogue, “I asked a small group of artists and writers, all of whom were either directly or indirectly connected to these photos, to respond to the series and the emotions it evoked. Each contributor created an original poem, a monologue, a drawing, a short story, and helped, I think, to shift the work toward connection, rather than away from it.”

The artists include Cuban Musician Daymé Arocena, photographer Larry Fink, Japanese tattoo artist Horiren, authors Matt Goulding and Mitch Moxley, and musician Matthew Shultz. As with my first brush with the images, my initial response was: it’s not for me. For a few of the compositions, my reaction has stayed the same. But Goulding and Moxley are excellent.

Independent Mysteries is an intriguing, compelling book. It’s a book that bothers you, in the very best sense of the idea. You look at it, put it down, walk away, and then feel you’ve somehow made a mistake. You go back and give it the attention it deserves. You learn a new lesson about nuance and implication. Patience. Reward. 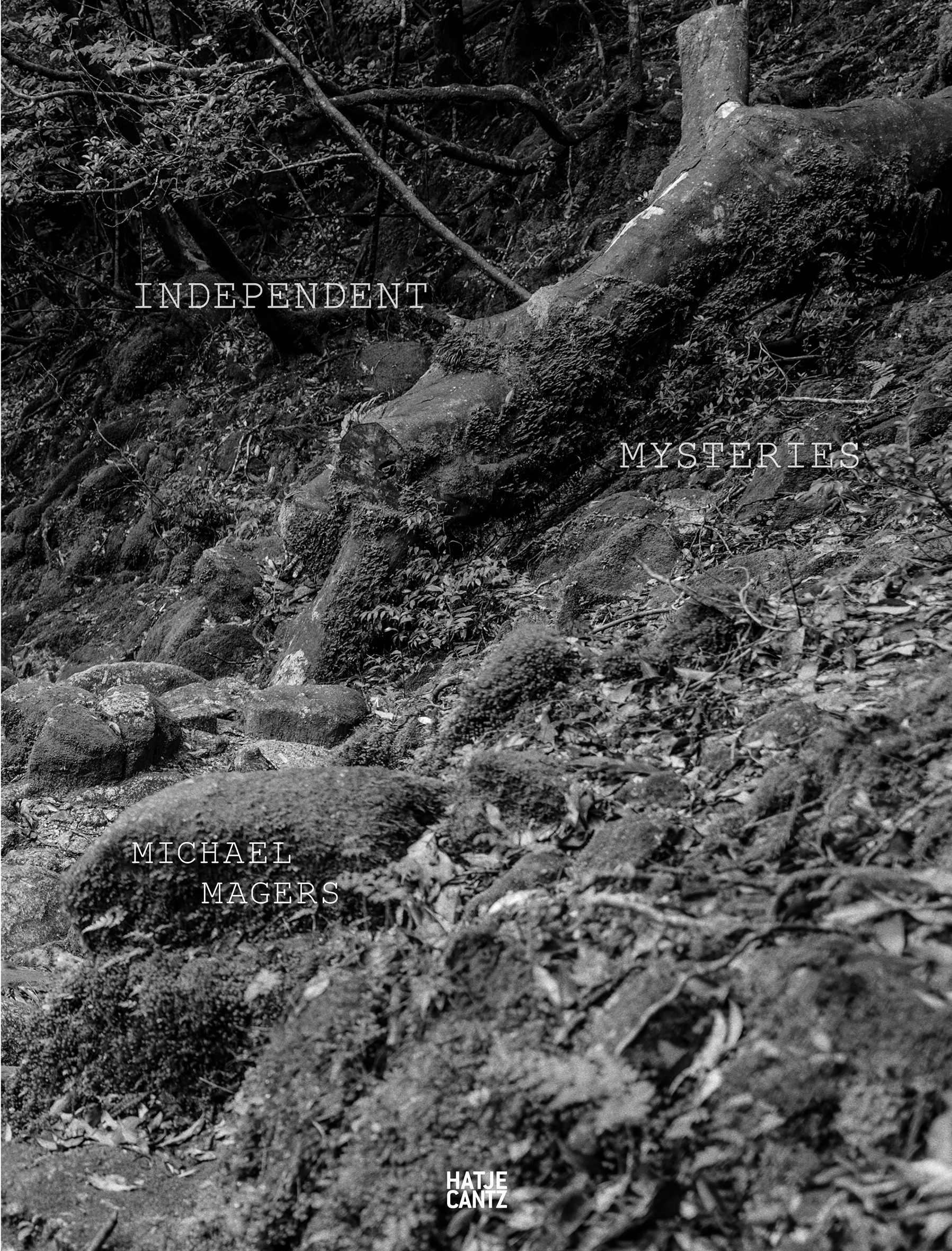