Interview
NYC RIP
Step back into a different New York—before the capitalistic white-washing and the family-friendly gentrifying. A New York at the zenith of its mania; a New York that no longer exists…

NYC RIP
Step back into a different New York—before the capitalistic white-washing and the family-friendly gentrifying. A New York at the zenith of its mania; a New York that no longer exists… 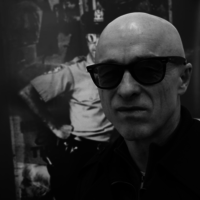 “The world contain within these pages speaks volumes to a time and place which no longer exist. Miron Zownir has captured New York City at the zenith of its mania.”

Miron Zownir took up photography in the late 70s during the heyday of punk in West Berlin and London. From the beginning, he offered a tight portrayal of the movement and its peculiar attitude towards life: in limbo between a utopian vision of anarchy and nihilistic self-destruction.

Since then, Zownir’s work has been exhibited in galleries and museums around the world. Despite his success, Zownir has stayed firmly rooted to his outsider beginning. Indeed, his title, “the Poet of Radical Photography” (given to him by Terry Southern, the renowned American writer) feels completely apt even today.


LensCulture managing editor Alexander Strecker was intrigued by Zownir’s passion and idiosyncrasies. This is an edited transcript of their exchange via email:

LC: What first attracted you to photography?

MZ: As far back as I can remember, I had access to picture magazines. My grandparents even subscribed to all the popular tabloids that were around in the 50s and 60s. No one was censoring my interest in looking at these pictures, so they became my first opening to a world beyond the realm of childhood fairy-tales.

Now, in those early years, the photographer behind the camera stayed as anonymous to me as any director or writer. At that time, it was all about the magic of experiencing something far away, something strange and new. What did I care about the down-to-earth reality that it took to make those photographs happen?

Today, I still get the same sensations of discovering something magic through photography. At the same time, whenever I find situations that disturb me, make me angry or sad—I use photography as well. As a documentary photographer, you face a kind of Sisyphean challenge: there are so many situations out there that deserve attention but if you want to be a meaningful witness, you must choose which subjects to focus on.

I understand the temptation of fashion or landscape or portrait. In these cases, it is much easier to feel in total control of the final result. Meanwhile, street photography is much less predictable—you never know what you’ll discover next. Good or bad, your expectations will always be confounded.

LC: Your photographic work is marked by a strong commitment to black-and-white. What attracts you to monochrome so strongly?

MZ: Black-and-white photography is more mysterious; discreet; less explicit than color photography. It triggers the imagination, rather than focusing on disturbing details. It puts more weight on the unseen, which remains covered by layers of grey and shadow. Sometimes, it allows us to venture into a space beyond what the eye can see. In short, it is more poetic and dreamlike—but nevertheless real enough to disturb and to make us question and reflect.

All my favorite photographers—Kertesz, Weegee, Diane Arbus, Brassai, Robert Frank or Don McCullin—worked in black-and-white. If you choose to work in black-and-white, you differentiate yourself from the millions of mobile phone operators, whose digital aesthetic is so interchangeable, dull, uninspiring.

Still, I have no problems looking at others’ color photography. There’s some great stuff, to be sure.

LC: In your street photography, it seems that you focus largely on marginal characters. Why are you committed to photographing them?

MZ: First of all, because their life is so tough and brutal that it deserves my respect and attention. Second, because they are largely ignored by the popular media. Third, they have no lobby and nobody gives a damn about them.

We live in a world preoccupied with glamour, entertainment, phony sentiments and (empty) political righteousness. It is a kind of moralistic straightjacket that suffocates any controversial opinion. I believe in the freedom of thought—whether it conforms or not.

I’m still surprised that my preoccupation with marginal characters always raises the same question, “Why?” Why not? Whatever the fucking reasons are, for me it’s so obvious.

LC: In some of your street portraits, I find a direct gaze and a seemingly intense relationship between you and the subject. In others, the subject is clearly unaware you are photographing them. Is there a problem with the latter? What obligation does a photographer have to his/her subjects?

MZ: You might as well have mentioned those people I photographed who were dead. Why should there be a problem to document the truth? Why should it be unethical to document a person who is aware or unaware in situations where they shouldn’t have been from the beginning?

Many of those people didn’t end up there out of their own free will—many were victims of circumstances. Whatever your reason for being out in public, you’re either stared at or ignored. And if some photographer comes along and makes a photo of you, why should that be a crime? You might as well kill street photography. How many more rules do we need? Do you want to erase the work of Cartier-Bresson, Bruce Davidson, Dorothea Lange or Robert Capa?

LC: Why do these photographs—from the 1980s—feel relevant and vital today?

MZ: Just look at NYC now. Those photos document a time and place at the zenith of its mania that no longer exists. Or to say it with the words of Lydia Lunch, who wrote the foreword to the book: these photos were done “long before the family-friendly gentrification and capital gain criminality white-washed NYC of all its kaleidoscopic perversions, in order to make it safe for anyone who could afford the ridiculous rents charged for shoebox-sized apartments…”

LC: The word “radical” is used often in connection with your work. What does it mean to you to be a “radical photographer”?

I also work in film and in writing. Whatever the medium, I feel driven by my spirit, vision, aesthetic, imagination, dislikes and, most of all, nonconformist attitude.