Interview
Streets and Stories: Educating the Eye Through Photography
From photographer to artistic director, the Photolux Festival founder Enrico Stefanelli gives us insight into educating our eyes and learning to make the most of the world around us.
Interview with Street Photography Awards juror Enrico Stefanelli
View Images

Streets and Stories: Educating the Eye Through Photography
From photographer to artistic director, the Photolux Festival founder Enrico Stefanelli gives us insight into educating our eyes and learning to make the most of the world around us. 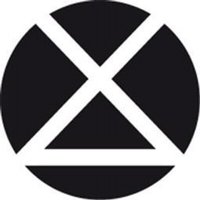 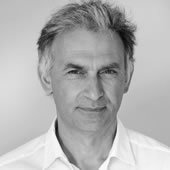 As part of the LensCulture Street Photography Awards 2015, we will be interviewing various members of our international jury to learn more about their perspectives on contemporary photography.

Enrico Stefanelli is the artistic director of the Photolux Festival, held every two years in Lucca, Italy. Here, he offers his thoughts on visual storytelling, on the magic of street photography and the many languages embedded in the photographic form.


LC: What first attracted you to photography, and in particular, to visual storytelling?

ES: From the beginning, I saw that there were many Italian photographers who were making great pictures but they were lacking in greater coherence and narrative. For me, it’s natural that photography can say more than single images—indeed, I think it’s a great way to tell stories, one of the best ways.

I started taking my own pictures in 1992. After 3 years, I bought a Leica. That’s when I started to tell my first story through pictures. As I worked with photography, I began to discover how there are many languages inside the medium—visual, literary, emotional. In a great photograph, many of the senses (beyond vision) become engaged.

The other thing I learned as I worked was that one’s own aesthetic does not have to be fixed. At first, I only did landscapes, with nobody in any of the pictures. Later, I did reportage and wanted many people inside my pictures. It’s important to have a flexible visual approach. The way I see now is the sum of many, many different languages that I have seen and absorbed in my life.

LC: So you’ve worked as a photographer as well as being a curator. Do you find there’s a drastic difference between these roles? Do you have to change your visual mindset or are there common aesthetic approaches between the two views?

ES: The mindset is the same, for me. But having worked as a photographer has given me a big advantage as a curator: namely, that I can better understand what photographers want to tell and also the difficulties they had in making their work.

At the same time, my view has become different than when I was focused only on my own work. I get to see so many projects and absorb so many different perspectives and approaches that my mind has become much more open to the possibilities of photography.

LC: As a curator, what are you looking for in images? What do you respond to in a good photograph?

ES: One thing that young photographers don’t always appreciate is that there are some rules inside photography that we all must respect. They are essential. At the same time, if we have a special reason, we should break these rules. That will make the work that much more powerful. But we have to know the rules to know how to break them well.

To answer your question more directly, when I see a great picture, I know it immediately. There is something that arrives in my heart, a special vibration from the picture to me. Now, of course there’s no rule for those moments. Some very different pictures can each reach out to me and make me think, “Wow, this is great,” each in their own unique way.

LC: What’s special about street photography for you?

ES: Street photography has been around for many, many years. In that history, there have been some important figures, some giants, that changed the rules of the medium. Names like Joel Meyerowitz, Lee Friedlander, Garry Winogrand. They were also friends, so they influenced each other and really shaped our idea of street photography today. These giants led the way allowing the rest of us to experiment in their footsteps.

One of the things that gives street photography its power is the way that it uses light. The manner in which light lands on the subject and gives shape to the photographer’s vision. This is what defines how each of us sees the street—and sees the world.

Whether you’re using color or black and white, it doesn’t matter. Some of the classic photographers, who we think of as old-fashioned now, they used color too! I saw an exhibition of Henri Cartier-Bresson’s work in Rome which showed some photos he had made in color. It was the first time I saw his color pictures. They were very similar to Meyerowitz. On the other hand, take a young contemporary photographer like Tatsuo Suzuki. He’s great—and he always use black and white.

So the color doesn’t matter. The essential thing is that you have to tell something. Otherwise, it’s just an exercise. Keep in mind these questions: what do I want to do with these pictures? What do I want to say? You have to find a new way to express your vision—something which is very difficult today. Still, you can always find a way: maybe the light is special, maybe the situation is unusual. Keep looking.

LC: What inspired you to start Photolux, your biennial festival of photography in Lucca, Italy?

ES: I was inspired by the great festivals at Arles and Perpignan. The first time I went to Arles was in ‘92 and for many years after, I went annually. One year, I took some friends with me and we asked, “Why don’t we organize a festival like Arles in Lucca?” Just like that, we decided to start a festival! Beginning with this simple inspiration, we began to grow.

Now Italy is a difficult place for photography. I think it’s because culture is so ever-present in Italy—any time you walk out of your house, you walk by a ruin, you stumble into a museum, you are looking at something of great historical significance. So, then, what is photography? Is it really “art” when compared to these eternal works? I think many Italians have trouble seeing photography in the light of a serious, cultural medium.

In Italy, we have great photographers but it feels like the general level of photography culture is very low. As a festival, we were inspired to do something to improve this level. Thus, in each edition, we showcase many different languages of photography—reportage, fine art, and more popular work. We might have Joel-Peter Witkin next to Cristina García Rodero alongside James Estrin.

It’s important to show this variety. Especially for young artists, to see the different languages that are in photography, giving them the chance to choose which one feels best to them.

We also offer, besides the exhibitions, presentations of books, portfolio reviews and workshops. The portfolio reviews are very important because we attract some of the great names in international photography—many photo editors and curators. It’s important for the Italian photographers to find different points of contact and receive feedback on their work from around the world.

Finally, we bring World Press Photo each year. It’s the only exhibition that’s outside of the theme of the festival. In Italy, World Press Photo is very well known—it’s an important service to bring the photos themselves into the program.

But I’m encouraged, lately: so many people are taking pictures! With their mobiles, people are making photographs, sharing them, looking at them, thinking photographically more than ever. I think this gives us a new way to engage with an even larger audience. It’s great, because everyone is using photography. But it’s important for people to understand what quality means. It’s very difficult, when there are 1,000 images, to have one picture which stands out from the masses. We need to help educate people to appreciate the difference.

LC: So, it’s a good thing that so many people are taking pictures? Or it’s dangerous?

ES: It’s dangerous because we are all seeing so many pictures each day—it’s overwhelming. Only if you have sufficient culture inside you, are you able to see the difference and find really great work. That’s the importance of education, which I was mentioning above.

But a nice thing about the technological changes is that more and more photographers can actually work, even with a low budget. People don’t need to save money for film and development and contact sheets, and paper and…you can make thousands of images these days, so much more easily than in the past. Though all that quantity doesn’t mean the quality is better—all of this points to how education is more valuable than ever.

LC: Speaking of quantity vs. quality—these days, there are more and more photo festivals around the world. How do you feel about this proliferation of festivals?

ES: In Italy, we have 24, 25 festivals. But many, many are without money and many are without an interesting program. They have a theme but they don’t really follow it. It’s difficult to start a festival but it’s very difficult to establish a real, serious festival. You must work very hard.

If I have one piece of advice for someone looking to start a festival, it’s this: don’t feel down about the many, many “no’s” you will receive. If you work hard and insist on defending your ideas, then you can realize your dreams.


Editors’ Note: Enrico Stefanelli will be judging entries to the LensCulture Street Photography Awards 2015—enter now for your chance to get your work in front of Stefanelli and the rest of the world-class jury. There are also a host of other great awards. You can find out more about the competition on our dedicated page.