Feature
Iran, année 38: Photography Since the Revolution
A striking and comprehensive exhibition that recognized the efforts of 62 Iranian photographers, artists, and filmmakers who have bravely portrayed their country’s many changes since its historic 1979 revolution.

Iran, année 38: Photography Since the Revolution
A striking and comprehensive exhibition that recognized the efforts of 62 Iranian photographers, artists, and filmmakers who have bravely portrayed their country’s many changes since its historic 1979 revolution.

The 20th-century history of Iran was one of turmoil. In the span of a few decades, the ancient country passed from a centuries-old dynasty to a self-declared monarchy, then through a period of brief democratization and finally a Western-sponsored coup d’état. Ultimately, and most decisively, in 1979 the country underwent an Islamic Revolution, whose repercussions are still being felt today.

From amidst this tumultuous and uncertain period, great photographers (and memorable images) emerged. From the Iranian side, photojournalists like Abbas and Reza made work within the country, and later, while in exile, across the globe. From abroad came Gilles Peress and countless others who embedded themselves in Iran and captured remarkable photographs that communicated the country’s historic transformation to the outside world.

At this year’s Rencontres d’Arles, the dynamic Iranian photographer (and member of Magnum Photos), Newsha Tavakolian, has collaborated with the celebrated Tehran-based gallerist Anahita Ghabaian Etehadieh to produce an overview of Iranian contemporary photography since 1979. Titled “Iran, année 38,” to mark the 38 years that have elapsed since the Revolution, the book and exhibition present a broad and yet impactful selection from the country’s unique visual history.

In total, 62 photographers have been gathered together. Besides some of the country’s grand masters, a large majority of the image-makers in this selection were born after 1979, meaning they are truly children of the Revolution. Their youth belies the originality and strength of their work—this is an impressive collection of talent.

Below, we have excerpted a short introduction to the exhibition that will show at this year’s festival in Arles—

For centuries, Iranian poets have been celebrated around the world. What lends poetry its special power is its ability to say things that cannot be said directly. Poetry not only makes us think, it can also be a coded language in the hands of the critic. In Iran, poetry has been central to the emergence of a culture of self-expression.

It is no coincidence that our country has so many photographers. When today’s Iranians wish to express themselves, they use the tools provided to them by history. Once it was poetry; today, Iranians favor its modern analogue: photography. Photojournalism, documentary and artistic images serve as these Iranians’ contemporary visual poetry. The two media (not to mention Persian culture) demand subtlety—yet this ambiguity calls out for further engagement.

The images seen here were not born solely from the dramatic events of the country’s history, nor are they solely representative of the daily life they document. Rather, they arose in the mind of the person who captured them. This exhibition presents the visions of diverse photographers, artists and filmmakers portraying a country still caught up in an Islamic revolution and war, which is now experiencing sudden and dramatic transformation, changing beyond recognition.

 These men and women, of all ages, use both photojournalism and staged images as an author would write non-fiction. They transform the unspeakable into images that express nostalgia, regrets, breaks, doubts and hope, thus showing the face of a new Iran. We have chosen a wide selection of work in order to offer our viewers a suitably wide panorama of Iran, as it is now, in its 38th year since the Islamic revolution.

The Islamic revolution and the Iran-Iraq war which followed—both events that played a formative role in the modern history of our country—are, of course, present. Nevertheless, they are not shown in isolation or exclusion but in concert with themes that are of interest to many of our fellow citizens: identity, authority, the environmental crisis and aspirations for a different world.

Iran is both a young and old country at the same time. Countless centuries of history preceded the Islamic revolution. But in putting together this selection, we turned the counters back to zero from 1979, when a new era started. Iran, année 38 celebrates the culture of visual poetry embraced by Iranians.

Editors’ note: ”Iran, année 38” was shown at l’eglise Sainte-Anne at this year’s Rencontres d’Arles. It was also published as a book by Éditions Textuel/ARTE Éditions. 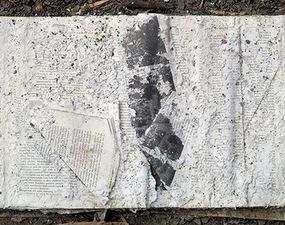 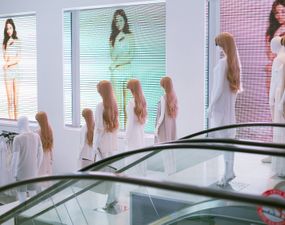 Made in Korea
Filippo Venturi
South Korea’s meteoric rise over the past 50 years has also had significant negative consequences on its young population—this project explores the aesthetic ramifications of a culture hyper-focused on academic and technological excellence. 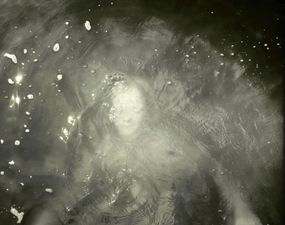 Don’t Mind Being Left at Light
Wiesje Peels
Introspective and dreamy, these black-and-white photographs capture the delicate moment when the bubble of childhood pops, when fairytales cease to fall under the category of truth.

The Absence of All Colors
Ludmila Steckelberg
Brazilian artist Ludmila Steckelberg doctored the photos in her collective family albums by removing the images of her relatives who died, leaving black silhouettes where the dead had once been alive. 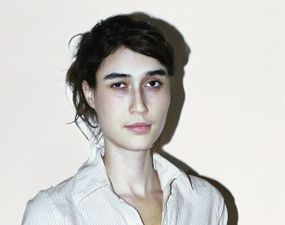 Altered States
Gregoire Cheneau
Gregoire Cheneau’s portraits are not mere snapshots, but carefully planned compositions, in which skillful manipulation of his subject’s gestures is used to suggest the complexity of an individual. 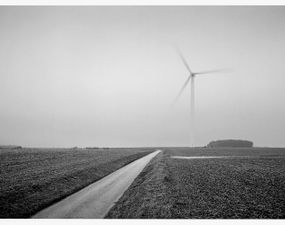 Farmed
PAUL HART
Masterfully shot and printed landscape photographs pose important questions about our relationship to the earth and silently ask of us—”what’s next?”