Country Limit
An interview with the French photographer about his current project photographing in rural America. 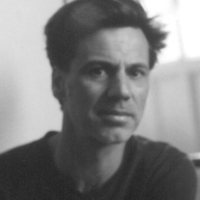 Photographer Ronan Guillou grew up in France and as a child, had little direct experience with America. But something about the country always fascinated him. He began photographing in the United States 13 years back and something clicked. He’s been traveling all over the country ever since.

After completing a ten-year project and book titled “Angel “, Ronan has begun working on his latest series, “Country Limit”. The following is an edited transcription of a phone interview with Ronan Guillou by LensCulture managing editor Alexander Strecker:


LC: So, what got you interested in America? How did you get started with your projects there?

Everyone feels like an American, we are all in America, in a way. TV, films, music (soul, funk, jazz, rock, blues). Facebook, Twitter, Windows, Mac. The soft power continues today. There’s something fascinating about this country, which looms over everything.

A lot of photographers want to test America, I think. It’s a myth – both in itself and as a place to photograph. Many have done it and many who haven’t always feel the urge and the challenge. It’s a fiction and everyone who undertakes the project is searching for the “real America”. Or they go to try and capture the fiction.

The specific spark for me came when I saw Wim Wender’s film, Paris, Texas almost two decades ago. I now travel several times a year, in two to four week spurts. I went to Alaska most recently.

LC: Does going there so often make you lose your outsider status or bring you closer to what you’re looking for?

The project was both a discovery of the country and a discovery about the medium. At the start, I knew very little about either. The early photos were wide frames and taken from far away. I was very shy. The more I came, the closer I got – to my subjects and to my camera. Closer to the country and to the people. To the myth and at the same time, the reality.

I also got more frontal and less aesthetic. If my position changed, it’s been for the better. I’ve gotten to know the country in a much deeper, realer way. At times, I feel most at home there. America changed how I shoot and how I see. I’ve learned about myself as I’ve learned more about the country.

My work has also changed in the process. For example, my new project is completely different in form. It will incorporate, among other things, photography and audio and Facebook messages and Bible passages. This new project, called “Truth or Consequences”, will be more personal and more intimate.

LC: Did you have trouble getting past Walker Evans? Robert Frank? Alec Soth? And so on.

We all have an ideal America from the whole range of visual media. I spent the first trip (or trips) tracking down all these old myths: from movies, from other photographs. I had to find myself amidst all the voices. It takes time to find yourself. I think it wasn’t a problem specific to America, it’s a problem of photography. Think about trying to take photos in Paris. It’s practically impossible! There are so many clichés to fight through. Photography is always about finding a way to express what you’ve been feeling and seeing without falling into cliché.

I think we are all fighting against the history of photography. It’s so rich and varied, it sometimes feels more like a weight or an obstacle than an inspiration.

LC: What separates “Country Limit”, your latest project, from your completed book Angel?

In Angel, most of the shots were from cities. After 10 years of that, I wanted to move, to roadtrip, to see the huge territory that is America. And so the “city limit” sign became the key, the symbol of my next step. The country limit represents the switch in my approach. I wanted to examine the myth of America’s vast territory and the progress that’s been made across that space. I wanted to examine the relationship between man and nature and specifically Americans with their land.

LC: How did you approach photographing in the country? How were you received?

I like to combine a documentary approach with a formal one. I care a lot about color and framing but also the people I talk to and the contexts we’re in. You have to understand the human environment to understand and capture a place. Sometimes I spend two hours talking to a person and I don’t even take a photograph because they don’t want me to. But that’s fine, it’s part of the process.

A year ago, I was on the back roads of New Mexico. I saw a book in the middle of the road so I got out of my car to photograph it. I noticed a man standing behind a tree, watching me. I waved to him and we began to talk for a couple minutes. 10 minutes later, I was sitting down at his family’s table, helping myself to a slice of turkey. It was Thanksgiving Day.

I used to take photos without asking, when I was shooting in cities. Cities are fast so even if people didn’t want to be photographed, they would just scurry out of the frame and onto the next part of their busy lives. In the countryside, it’s a face to face experience. I now use film [Kodak Portra 400/120] and an old camera [a Hasselblad]. The old camera is a conversation starter. The camera is a good excuse to get to know people and a place. With it, photography becomes a visa into intimate, human experiences.