Book review
California Beach, California Punk: Sounds of Two Eyes Opening
Iconic photos from the golden days of California punk—these amazing captures from behind the scenes were taken by Spot, a legendary music producers who was there, at the heart of it all.

California Beach, California Punk: Sounds of Two Eyes Opening
Iconic photos from the golden days of California punk—these amazing captures from behind the scenes were taken by Spot, a legendary music producers who was there, at the heart of it all.

I began taking photographs in 1969 and visually crossed cultural divides that folks now want to philosophize over, but such wanton theorizing is always ineffective. In the end, you were either there or you weren’t. I never chose what images to document, life just presented them to me and I quickly figured out when and why to click the shutter…

Having endured being a struggling musician in Hollywood, I exiled myself to Hermosa Beach in 1975 to help build Media Art Recording Studio where, lo and behold, there was a well-equipped darkroom. That’s what did it. When not engineering sessions for bands and artists of varying degrees of skill, I was skatin’ and takin’ pictures and writin’ stories…

With photography I was able to work alone; beyond the lens and the shutter, the darkroom was a very lonely mistress. With audio I was always at the mercy of events, bands, record labels, insecure egos, fans, and doofi who wouldn’t leave me the fuck alone. In the audio production process — after recording, arguing, mixing, arguing, editing, arguing — there was at last the disc mastering session where the big lathe would cut the long, spiral groove into the acetate platter that would eventually give birth to the metal stampers that pressed the glob of polyvinyl chloride into the fabled “licorice pizza”…

Until now, Spot was known as the legendary hardcore punk producer/engineer who worked with such bands as the Misfits, Black Flag and Minutemen (among many others). But as the photos in this newly published book reveal, there was another side to this creative, sensitive mind all along. Besides offering an intriguing view from the perspective of an era’s central figure, the images also paint a wonderful picture of a period, a place, a style and a moment that was intensely lived but now remains with us only through the music, the memories and this newly revealed body of photographs.

As Spot writes in his introductory text (quoted at length above), “you were either there or you weren’t.” Not only was Spot “there”—on the scene, backstage, in the thick of things—but he was really there, with his two eyes wide open, taking in as much as they could.

The photos in this book are varied in their subject matter but all convey a distinct, spirited mark in their own way. Whether on the streets of California or on the punk stages across America, we get to feel that unmistakable energy of youth and energy jumping off the page. 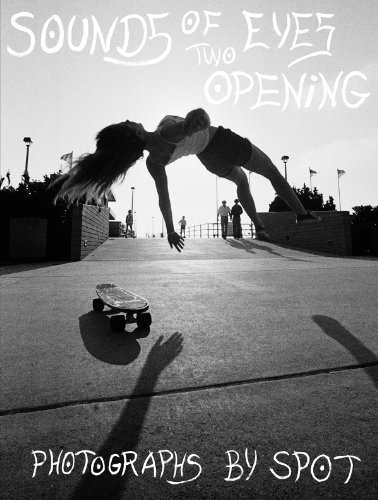