Feature
Single Frame Narrative Photography: An Essay
The world’s most iconic images linger in our minds, inviting us to create further stories and worlds from the moments captured therein. Why? This essay offers a single frame and an explanation.

Single Frame Narrative Photography: An Essay
The world’s most iconic images linger in our minds, inviting us to create further stories and worlds from the moments captured therein. Why? This essay offers a single frame and an explanation.

My heart believes this is true.

A young woman sits on a chair outside a café in Fargo, North Dakota. It’s summer and lunchtime in a college neighborhood. Groups of friends, co-workers, romantic couples all enter or exit the café, yet this woman is alone. She is elegantly dressed. She does not watch the men and women who walk or linger near her chair. Her gaze is down the street. It’s possible she’s watching someone walk away or taking a seat to rest after some difficult conversation. It’s more likely she’s waiting for someone to arrive. She wears a wedding ring. Perhaps a friend. Perhaps a date.

I am lucky to get a photograph.

Why do I find the picture of this woman compelling? She is the only one on the street this day who seems to be living a question. I don’t know any of the people who walk by her, they are as mysterious to me as Europa, but looking at them I also don’t wonder. I know their stories well enough. This woman, though, wants something, waits for something. I have no idea what that something may be. She opens a space for me to wonder.

I am told there is no such thing as single-image narrative photography. There are moving pictures, yes. Movies can tell a story. And a series of photos can tell a story as people and things in the pictures change places—even a diptych will be enough. But a single image is, by definition, “still” photography. Still is the opposite of narrative, right?

Permit me to come at this from a different point of view. I remember reading, somewhere in high school, a wonderful short story written by Ring Lardner about 1925 titled “Haircut.” The story is a monologue by a barber, written in the second person (“you”) as if you—the reader—are in the barber’s chair and he’s telling you stories. However, you realize very soon that the barber doesn’t get it. He is either morally blind or just plain dense. Very soon you—the reader—understand more than any information that’s actually on the page. So here is a question—where is the story? A literary critic would tell you the real story is in the reader’s head. I remember being thrilled when I realized what a reader was actually doing and there are actually as many versions of “Haircut” as there are people who have read it.

In literary studies there is a whole field called ”Reader-response” that takes up this question. The reader/viewer/listener is central to art-criticism in every form. And we can expand how we understand the act of taking photographs from listening to our colleagues who are writers, musicians, painters, dancers.

This is important because so many people believe there is no such thing as single-image narrative photography. I disagree. Not only do I think the single-image can be narrative, I think to believe so changes everything about how we can seek out and compose a photograph.

Think about the famous Steve McCurry photograph ”Afghan Girl.” Why is that picture so compelling? It’s a headshot—nothing more. The traditional garb is a nice touch, yes. And she’s got great eyes. Technically, the lighting is nice and the cropping highlights the eyes. All pretty normal stuff. But we cannot stop looking at that picture. Why?

The reason is all the information we—the viewers—bring to the photograph. This is a young woman in Afghanistan, during war, in a place that does not value women. We think she looks afraid, worried, terrified. Of what might happen? Of what she’s already seen? Both? We don’t know—and that not knowing is exactly the point. We fill in the narrative with our own understandings. The power of the photograph is not only in the photograph itself. That photograph provokes a type of wondering I am going to call narrative.

Think of another icon, the 1947 Robert C. Wiles photo of Evelyn McHale after she had jumped from the observation deck of the Empire State building. Her body crushed the top of a limousine, yet she looks perfectly composed. Her face looks serene. Her clothes are unruffled. Why is this photo so good? In our minds, the distance between how she looks and what we’re really seeing needs to be resolved. We can’t help but wonder who she was, what brought her to despair, what caused her to jump. Intuitively, we believe we would have liked this woman. We try to imagine her life. We create a narrative that may or may not be true—that part doesn’t matter. Looking at the photo, we tell ourselves a possible story.

Think of the painting, ”Landscape With the Fall of Icarus,” by Pieter Bruegel. We know the Icarus and Daedalus story, but the painting catches us by surprise. That tiny little splash in the corner is not how we imagined it would be. We are forced to create a new, more detailed, more troubling narrative. And who is this guy in the center of the frame, head down, tilling his field, who is missing everything? What we think we knew is completely redone.

Think of the Edward Hopper painting ”Nighthawks.” Who are these people? How did they come to be there? We linger, wondering, creating a story.

Narrative does not mean drama. A picture of an eagle grabbing a fish out of some lake is dramatic and engaging, but there isn’t a bit of that story we don’t already know. Likewise, narrative does not mean the ability to create a deep emotional response. A picture of some wonderful mountain range will always make me pause, mostly because I live on the flatland prairie, and a picture of a supercell thunderstorm or a person hanging over a chasm will make me inhale and wish I was there, but I don’t wonder when I look at those photos as much as I feel.

Writers talk about narrative using terms like “forward motion.” And for photography I think that’s close, though it would be easy to think every picture of someone running or otherwise at speed is a narrative, which I think is wrong. The wonderful (and now cliché) picture of someone leaping over a puddle shows someone in motion but usually fails to make the viewer wonder what came before, what comes after, and why. In writing, we talk about the difference between anecdote and story. An anecdote is only what happened. Guy leaps over puddle and makes it or does not. A story is why that moment is important. A story takes that leap and puts it in the context of some larger, deeper question.

So often about the best photography we say the photographer “caught a moment.” We invoke Henri Cartier-Bresson and the inevitability of a decisive moment. Listen to those words: “caught” implies motion in some larger, ongoing story; “decisive” implies a moment of change, of import, of history in a narrative arc that begins before the photograph and continues after—not present in the image but certainly present in the mind of the audience. Nothing about any single-image can be called “decisive” unless we have an awareness of the larger narrative.

Landscape photos can have a narrative element, as can architectural and nature pictures. A meteorologist may see in a thunderstorm photo a whole world of forces moving, twisting, changing, creating a narrative none of the rest of us see. Certainly, street photography and photojournalism have the most innate possibilities for stories, but they can just as easily serve only as evidence or anecdote. Think of photos from Iraq and Vietnam. And then think of photos from Barcelona or Rio. Photojournalism often offers an act of storytelling. Street photography’s narratives rely on either inherent mystery or on the viewer’s understanding of context.

So, here is what my heart believes: narrative photography is the ability—and intent—to photograph an open question. To quote Kurt Vonnegut, speaking about writing: “Every character should want something, even if it is only a glass of water.” As photographers, it’s possible to capture that wanting.

Narrative photography is the intent to capture a question and invite the viewer to wonder the world of possible answers.

W. Scott Olsen is a professor of English at Concordia College in Moorhead, Minnesota, where he also edits the literary magazine Ascent. His most recent book is A Moment with Strangers: Photographs and Essays at Home and Abroad. 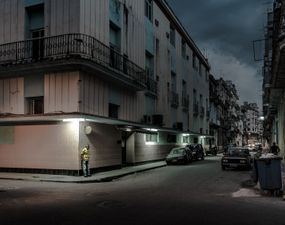 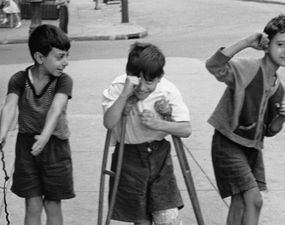 What in the World Are We Looking For?
W Scott Olsen
A comparative review of two very different collections of street photographs—the contemporary “Humans of New York” and the classic work of Helen Levitt—reveals an important distinction in the way we relate to all kinds of pictures. 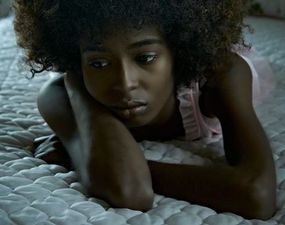 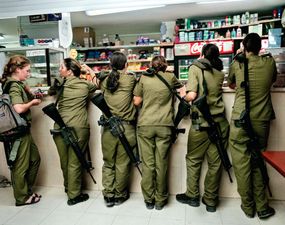 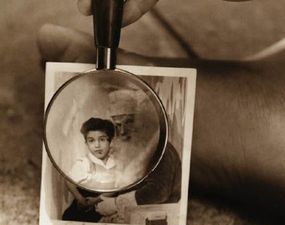 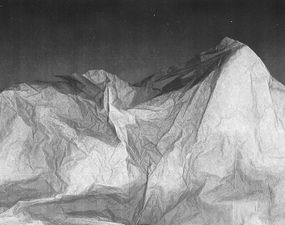 My Travels Through the World on My Copy Machine
Dominique Teufen
In her black and white landscapes, Swiss photographer Dominique Teufen travels the world from her studio, using a copy machine as her vehicle.