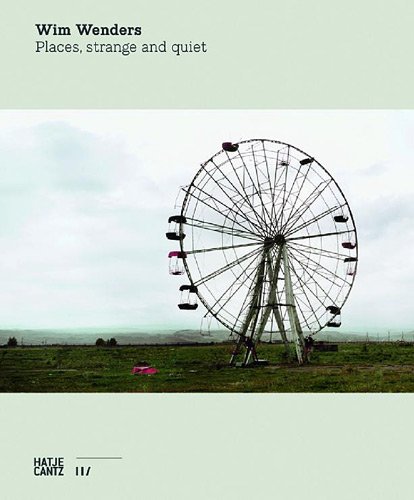 Wim Wenders: Places, Strange and Quiet
by Wim Wenders
Publisher's Description
Wim Wenders (born 1945) started taking photographs at the age of 7. By the age of 12 he had equipped himself with his own darkroom, and by 17 he had acquired his first Leica. A few years later he was to emerge as a leading light in the New German Cinema movement of the late 1960s, making his feature-length directorial debut with Summer in the City (1970). Throughout his subsequent global acclaim as a director, Wenders has doggedly maintained his life as a photographer. In fact, the two careers have served each other well, as many of his photographs are created while location-scouting for films. His image repertoire of neglected industrial buildings, vacant lots, cemeteries, dilapidated urban niches and courtyards express a mixture of bemusement, melancholy and dislocation. “When you travel a lot, and when you love to just wander around and get lost, you can end up in the strangest spots,” Wenders says. “It must be some sort of built-in radar that often directs me to places that are strangely quiet, or quietly strange.” These strange and quiet color photographs are accompanied by poetical captions, some of which elucidate what is depicted, others of which lightly supplement with an anecdote (one characteristically deadpan caption accompanies an image of a cowboy clown standing at a rodeo: “It is amazing how many different ideas of 'fun' co-exist in this world” ). Places, Strange and Quiet gathers photographs from 1983 to 2011 in a full panorama of Wenders' photography to date.