Interview
Even This Will Pass
Many young Eritreans seek a new life away from their country, often called the “North Korea of Africa.” Their journey can be harrowing, but this conceptual series presents their stories in a subtle yet powerful light.

Even This Will Pass
Many young Eritreans seek a new life away from their country, often called the “North Korea of Africa.” Their journey can be harrowing, but this conceptual series presents their stories in a subtle yet powerful light. 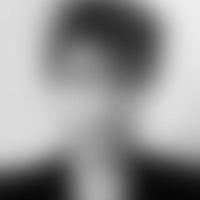 This body of work depicts the journeys and experiences of refugees from Eritrea into the United Kingdom. Those who emigrated did so illegally for various reasons. Inspired by the story of a childhood friend, I investigated this process further. Immediately I was presented with a challenge: many refugees like her didn’t want to share their experiences for fear of legal consequences and further suffering in their lives.

A dictator has governed Eritrea, a small country located in the Horn of Africa, for the last 22 years. This regime (which gives the country its nickname, the “North Korea of Africa”) keeps its population under strong surveillance. There is no freedom of speech or religion, and only a few are allowed to leave the country legally. If they are caught escaping, Eritreans are automatically tagged as criminals and their family is punished, either through imprisonment or a monetary fine. Eritreans, especially those aged 18 to 45, are forced to serve an indefinite period of National Service. The conditions are harsh, and in some cases inexperienced people are sent to the front line.

Due to the above restrictions and harsh punishments, many Eritreans—especially young people—flee the country illegally. The journey is dreadful—sometimes worse than what they faced in Eritrea. This unknown danger, however, does not deter Eritreans from leaving, as they believe that the situation in Eritrea is worse than any danger they could encounter during their exodus. The lucky ones board an airplane to exile. Only a few make it to their final destination after months of struggling to traverse different countries. Some end up dying in the Sahara Desert or in the Mediterranean Sea. Others are detained in refugee camps or prisons. Many more end up in the hands of human traffickers where they are abused, tortured or killed unless they provide a ransom.

The title of this work echoes a message found on the walls of Mount Sinai: “Even this will pass.” This sentiment of hope—together with a map of the refugees’ journeys, fragmented stories and mug shots—is the blueprint for this body of work.

“Even This Will Pass” has taken a conceptual approach for two reasons: to engage the audience without showing the gruesome imagery often associated with this subject matter, and also to preserve the dignity of the sitters. It aims to provoke an audience to action, as opposed to the more traditional response of inaction that results from the overwhelming enormity of the subject matter.

This project will hopefully raise awareness of human trafficking and encourage urgent intervention from the international community. I hope to bring to light the different experiences and difficulties that my sitters faced on their uncertain voyage to exile.

Currently, hundreds of refugees from East Africa—many from Eritrea—are currently being held hostage in the Sinai Desert by human traffickers.

“Even This Will Pass” is dedicated to those who suffered or were left behind in their quest for the “Promised Land” and to those who left their names and messages on the walls of Mount Sinai.

Your voices will be heard.

LC: “Even This Will Pass” situates you among a set of artists creating work around the refugee crisis. Did you set out to create a project about the crisis? If so, what were you initially hoping to accomplish, and how has that goal developed? If not, how did the project transform into its current state?

AS: I created this project in 2013, before the major refugee crisis in Europe took place. It was at a time when fewer people were dying in the Mediterranean Sea. Neither the Sea nor the Sahara Desert made headlines in the mainstream media. Personally, I was dealing with the African/Eritrean refugee crisis in an attempt to raise awareness of human trafficking as well as shine a light on the variety of experiences and difficulties that my sitters faced. They were on an uncertain voyage to exile in hands of smugglers and human traffickers. The Lampedusa boat tragedy in October 2013, where 366 died at sea, was a wake-up call for Europe. It brought attention to the “African/Eritrean refugee crisis” and also to my project.

The aim was to approach this project from different angles, utilizing an amalgamation of blurred images, text/poems, journey lines and a map. Hopefully these elements give the audience plenty of information and also provide an element of surprise.

LC: Can you talk about the decision to depict the refugees’ journeys with thread? Why did you decide to hand-stitch the face of the photographs? Why the multimedia angle, and did this illustration take a different form at any point during your conception of the project (i.e. did you play with a different way to represent their journeys?)

AS: Initially, the journey lines were added digitally, but after much consideration, the thread played a major role in the development of the project.

The portraits could stand alone without the threads and text, but they didn’t capture the full significance of the emotions experienced by my subjects. To depict an emotional experience through a focused image is challenging enough, let alone through an unfocused image. I shot the portraits straight after the intense interviews in order to preserve the emotion. Their feelings were captured by the threaded journey lines, which revive the portraits and reinforce experiences.

Therefore, the thread becomes the identity usually suppressed by the sitter, a scar of untold stories.

LC: You wrote that you took the title of the piece, “Even This Will Pass,” from an inscription on the walls of Mount Sinai. I would imagine that many of the people you photographed will live with their experience for the rest of their lives, but the phrase is also hopeful. Why did you choose this phrase as a title?

AS: While researching this project, I came across this message of hope: “Even this will pass” was written on the walls of Mount Sinai, which was a favorite route for smugglers and traffickers. It was written in the Eritrean language. It is not clear if a man or a woman wrote the message, nor is it possible to know if that person is alive or dead. But he or she took a moment to reflect, to express emotions and desperation poetically. They left a mark for us to remember them by. I felt it was an appropriate title for my project, as it highlighted a communal feeling that all my sitters had: despite the ongoing suffering in their lives, there is hope that their struggles and sadness will pass away.

LC: Why did you choose to work specifically with this group of refugees? Is there something you were hoping to illuminate by focusing on one group of people? Did you ever consider photographing refugees from other countries?

AS: When I was finishing my bachelor’s degree in 2013, I wanted to focus on Eritrea due to the escalating allegations of abuse against the government. While researching this subject, I came across a childhood friend’s story of fleeing Eritrea. This inspired me to investigate further, but I quickly learned that many people didn’t share their stories for fear of persecution.

Even though my initial thoughts were evidently political, as I dove deeper into the subject, my approach became more focused on the humanitarian crisis of the journey. Therefore, this body of work highlights the difficulties faced by Eritreans on their uncertain voyages to exile. This will hopefully bring an awareness to the audience, who will in turn ask why this mass migration is occurring. It also aims to raise awareness of human trafficking and appeal for urgent intervention from the international community. Thousands of refugees from different countries are currently displaced, imprisoned and held hostage in the hands of human traffickers. This requires the world’s attention.

It would be a privilege, in the future, to work with refugees from other counties.

Now in its 7th year, Circulation(s) is a Paris-based festival that showcases young and emerging photographic talents from across Europe. In the weeks leading up to this year’s edition, opening on January 21, we will be sharing some of our favorite photographers from the program. We’re also excited to be working with Circulation(s) as an official media partner. Look out for more information regarding the festival in the days to come!

If you’re interested in seeing more work like this, we’d encourage you to check out these other articles: Lingering Ghosts, Sam Ivin’s related piece on refugees waiting for asylum in the UK; Mediterranean Migration, a striking photoessay by Mathieu Willcocks that follows a boat from Libya across the sea; and award-winning photojournalist Sergey Ponomarev’s series on the refugee crisis in Europe.