Interview
Clearing a Space: Understanding the Many Indias Through the Home
Much has been said about the colonial gaze on India—but what does the country look like from the inside, especially from the space of the home? This interview presents five deeply personal and varied views.
Curation by Devika Singh for Dubai Photo Exhibition
View Images

Clearing a Space: Understanding the Many Indias Through the Home
Much has been said about the colonial gaze on India—but what does the country look like from the inside, especially from the space of the home? This interview presents five deeply personal and varied views. 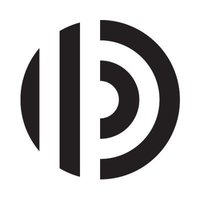 “Clearing a Space” presents the work of established and emerging artists working in India. Taking its title from a book by Amit Chaudhuri, the works have been selected for their focus on personal storytelling. While much has been said about the outsider colonial gaze, the significance of the home and the self is a powerful dimension of photography in India that still needs to be explored. The exhibition proposes an inquiry into personal trajectories, those that connect the photographer to his subject, their homes and the cities they inhabit. 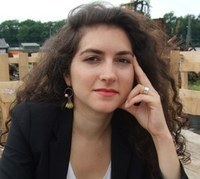 We discovered this excellent exhibition as part of the inaugural Dubai Photo Exhibition. Curious to learn more, we sat down with Singh for a brief interview, touching upon the fascinating and complex fragments that make up the many Indias that exist side-by-side today.

LC: As a sub-continent with over 1.2 billion people, India is a remarkably fragmented place. For example, the country’s Constitution lists 22 official languages and its Census recognizes over 1,500! How, then, can a single exhibition hope to represent such a vast country through photographs?

DS: You’re right—every time one uses the term India, it’s extremely difficult to generalize. It’s so varied and there are so many Indias. Any exhibition, any book, any representation cannot hope to capture it all.

But from the start of my assignment for the Dubai Photo Exhibition, I had in mind to make just one possible exhibition on India. Since I knew I only had 100 m², there was no pretense to map the whole country. So, I set about making an exhibition, with artists from India.

The manner in which I came to each of the artists was through the theme—the home, domesticity, personal storytelling. I used this theme as a framework to select the artworks. There’s a balance between generations and gender, but I didn’t do this on purpose. The theme guided me to the artists.

LC: So the spread in subject material was completely organic? From the modernist architecture to the intensely personal storytelling of an artist’s mother?

DS: I wanted to present both established and emerging artists working with photography. I decided to focus on the post-Independence period (1947-onwards), and was particularly keen on incorporating contemporary artists.

For one, I chose Sohrab Hura (who is a nominee member of Magnum Photos) and his recent body of work ”Look It’s Getting Sunny Outside!!!” A young and immensely talented photographer, he is currently making the transition from being a published photographer to being both a published and exhibited photographer. This makes it a very interesting moment to work with him.

I also wanted to include visual artists, who use photography as one medium among many. Neha Choksi uses photography alongside other media, including performance. For this exhibition, I focused on the sun-exposed palladium prints she made of houseplants. I did so not only as a way to connect her work to the concept of the home, but also to foreground the life cycle that is embedded in the images and to show how she experiments with the materiality of photography.

Meanwhile, Dayanita Singh is an artist who says that her “medium is photography [while] the book is her primary form.” It was a real privilege to showcase her installation, “Museum of Chance” which consists of 44 book objects each with a different front and back cover. Usually Singh travels with the installation and stays on-site. In this case, I had the opportunity to change the order of the books. I could either take out the books and re-arrange their sequence on the wall or I could flip the book and show a wholly different cover. This meant it was a mutable installation that animated the exhibition and that the show itself was constantly changing.

Thus, although the exhibition focused on photography, the variety of approaches allowed me to open up a dialogue with other forms of contemporary artistic expression.

LC: Some of these artists are rooted in India—they grew up there, they work there, they stayed there. But others left and came back or work in new countries altogether. And you, yourself, come to the country from an outside perspective (France to India). Can you say more about this inside-outside view?

DS: The parallel to me is in literature. A lot of the great writers on India write in the English language and have a foot abroad. Either they were born in India and left at some point or were born abroad but are always visiting and living in several places. This kind of relationship gives you a valuable distance and a different perspective—one that is complimentary to the one given in India’s vast and meaningful vernacular literature.

Now, perhaps things are changing today, since so many of us live peripatetic, nomadic lives. Especially for artists, travel and success are often synonymous—no matter where someone is based, they are invited to exhibitions and biennials and they end up getting a transnational view no matter where they grew up.

LC: There’s so much fascination with the potential of India. How can the photography scene in the country continue to flower even further?

DS: First of all, having more art schools that truly include photography (rather than focusing mainly on painting and sculpture) would be great. This is not because photographers necessarily need professional training, but with art schools comes debate. And it’s this critical debate that leads to new creation and deeper engagement.

That said, more and more photography is being exhibited around the country. There’s been a multiplication of photography festivals, so the public is being exposed to photography in many different forms. Nowadays, all over the country, you can find photography blown up and shown outside or displayed as prints in museum exhibitions, though these remain few. We need to continue developing museums that are willing to show and acquire photography. They are there, but the more they develop and exhibit photography, the more the public will be able to engage with powerful, original work.

LC: Is there a problem with Indian artists needing to leave the country in order to advance their understanding of the world? Does this imprint a necessarily Western view and inhibit local perspectives from expressing themselves?

DS: I don’t think artists look at it that way. If someone can afford to go to New York, rarely do you hear them say, “I had to go and it was a terrible experience.” People are usually happy to go abroad to study and seek new exposure—besides, you go where the teaching is good. While there, you become exposed to a different way of thinking and then you sometimes come back with a broader view of your surroundings.

More and more artists today choose to return to India after having studied abroad. But there are also many artists who trained in India and have gained international recognition. In addition, you have several interesting foreign artists who live in India.

As to outsider responses to India, this is I think more of a problem in media contexts than in the arts. Although it’s changing, the country has been represented in foreign news outlets in stereotypical, limited ways. Viewers are shown simplified images which then become hard to dispel. They think of India as having a poor side and a modern, “shining India” side. But neither of these simplifications can tell the whole story.

LC: As a platform for communication, how do exhibitions compare to writing?

DS: The difference is that I become much more of a mediator when I curate. The curator should not be too present in the room—the best curating is when you, the viewer, forget about the curating altogether. I’m happy if the audience is interested in the artists rather than my work and creates its own narrative in the space.

On the other hand, when I’m writing, I’m stating my own view and creating a text that can be read in parallel to the artwork itself. Most important, as a writer, I have much more control over what’s published. Curating is a messy process. Even if the final result appears seamless when it’s on the wall, there are many, many steps along the way.

Editors’ Note: The Dubai Photo Exhibition ran from March 16 - March 19, 2016 in the Dubai Design District (d3). If you couldn’t make it to this year’s edition, at least you can see our other features on the show’s various exhibitions: