Femininity and Modern Morocco: Four Emerging Photographers
Utilizing the &#8220;killing&#8221; power of poetry and art, these four female photographers survey the role of women in Moroccan society through their sharp, critical lenses.

Dubai Photo Exhibition is the latest—and perhaps most ambitious—international photography showcase to step onto the world stage. Bringing together 18 curators from 23 countries and regions around the world, the exhibition will offer a “museum-style” presentation of more than 800 works by 129 different artists. The exhibition will explore a global perspective on photography, transcending boundaries between form, technique, and geographic region.

Until the opening on March 16, LensCulture will be presenting a multi-part preview of the exhibition [see part 1][see part 2], highlighting different aspects of the world-spanning program. The third part of this series is an interview with the Moroccan/Dutch curator Hicham Khalidi about his poetic/political exhibition focusing on four young Moroccan women—some of the country’s most intriguing contemporary photographers. 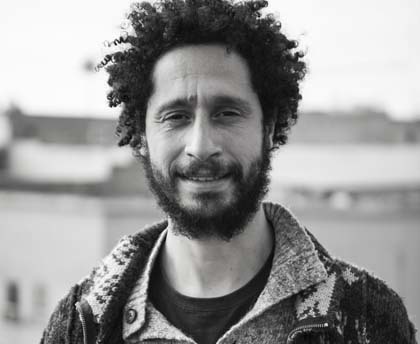 In his words, “The exhibition of Morocco presents works by young female Moroccan artist-photographers. Each of them has a different take on what it is to be Moroccan, a migrant and a woman. Their subjects are as much political as poetic and could be framed as political poetics.”

LC: Can you introduce your exhibition program to our readers? What inspired you to put together this group of artists?

HK: This exhibition really came about through a conversation with photographer Laila Hida. She runs an art space called Le 18 in Marrakech, which showcases the young artists of Morocco. We were talking about what would constitute a representative history of Moroccan photography. As Morocco does not yet have an infrastructure for art in place (it is building it!), it was difficult to speak of a history or a canon.

Still, we shared a list of photographers whom we thought were producing interesting, distinctive work. From there, I was very surprised to see that there were so many young female photographers on the list, all of whom were dealing specifically with important Moroccan matters. That instigated my idea to make a selection of four young (female) Moroccan photographers to present to the world.

LC: The politics surrounding women’s role in Muslim societies is a sensitive topic. At the same time, you call these artists “as much political as poetic.” What is art’s (poetry’s) role when dealing with such subjects?

HK: Well, any act between people is political, in my opinion. So in that sense, all art is political. But the phrase “as much political as poetic” emphasizes the role of art in conveying, in speaking to a crowd. When you look at the subjects which are engaged by the selected photographers, you see a survey of the role of women in Moroccan society, specifically through the lens of female photographers.

Maybe in calling it “poetry,” I soften the idea of what is being presented. But even that would diminish poetry to the level of mere beauty, rather than ethics. In fact, poetry can be killing: it cuts through matter much more than any other way of conveying messages due to its ambiguity and susceptibility to multiple meanings. This is certainly the case in the work of Btihal Remli and Wiame Haddad, maybe a bit less for Zara Samiry and Randa Maroufi.

LC: LensCulture believes that photography is one of the most universal languages on the planet—do you agree?

HK: Perhaps, but I would put it a little differently. First, I do not perceive myself as a photography curator but as a contemporary art curator. This renders my focus less on the medium itself and more on thinking about art in general. Approaching photography from this perspective is useful—it allows me to challenge notions of history, canon, medium, practice, act, etc.

As the Israeli artist Absalon says about architecture: he can approach architecture much more freely than an architect—because he is not constrained by making his ideas actually function.