Book review
Silsila: Linking the Body and the Desert
A series of (photographed) performances, which touch upon everything from identity alienation, to imperiled environments and the stark beauty of the desert. This work overflows with energy and inspiration—don’t miss it!
Photographs by Sama Alshaibi
View Images

Silsila: Linking the Body and the Desert
A series of (photographed) performances, which touch upon everything from identity alienation, to imperiled environments and the stark beauty of the desert. This work overflows with energy and inspiration—don&#8217;t miss it!

From the thousands of fantastic photographs that will be on show (and for sale) at the Somerset House during the upcoming (and inaugural) photo fair Photo London, we managed to pull together a small selection of some of our favorites—an Editors’ Preview of Photo London 2015.

From this eclectic mix, a number of photographers’ work particularly caught our eye. The last of these featured photographers is Sama Alshaibi, the eclectic, inventive Middle Eastern/American photographer. Her cutting edge work was recently published in a monograph by Aperture Foundation which managing editor Alexander Strecker reviews below:


Sama Alshaibi is not a person who goes at things half measure. Growing up with a film camera in her hand, she is now an avid technophile (while still maintaining a strong sense of connection with analog processes). She began her studies in photojournalism with the idea of becoming a war photographer—now she is an internationally renowned conceptual artist; albeit one who is politically and socially engaged as any documentary-maker. Denied access to her mother’s homeland (Palestine) while growing up, Alshaibi now travels there frequently to create her most pointed work (bypassing the Israeli controls with her US-passport). In short, Alshaibi is a passionate, creative, multi-faceted artist whose diverse inspirations and wide-ranging interests can be found etched all over the varied surfaces of her vital oeuvre.

Alshaibi has done work in video, analogue, black-and-white, digital. Her latest book, titled Silsila, incorporates all of these genres and more. Indeed, the title, derived from the Arabic word for “link,” speaks to Alshaibi’s ambitions. The work is foremost a series of (photographed) performances, which touch upon everything from identity alienation, to imperiled environments and the beauty of the desert.

If this sounds like an overwhelming combination, it is, at times. Page by page, we are confronted with the stark force of the desert, layered with elements of highly manipulated, graphic design and filled with evocative hands, bodies, veils and colors. While any particular iteration may or may not speak to you, Alshaibi’s consistent willingness to experiment and push at the boundaries of her expression and her ideas is undoubtedly impressive. Many photobooks can feel like they are presenting just one idea, in a few different ways. Alshaibi’s book overflows.

To call Alshaibi an emerging artist is a bit misleading—she exhibited at the Venice Biennale in 2013, she has been exhibited around the world for over 10 years. But at the same time, it feels correct: like an emerging artist, Alshaibi is bold, experimental and willing to push to the limits. And like an emerging artist, Silsila is Alshaibi’s first monograph—but one that points to a particularly bright and rich future of experimentation, vision and deep engagement with the world. As Alfredo Cramerotti writes in the book’s concluding essay, “Creativity is the movement of energy”—if that’s the case, Alshaibi seems filled with both, in wonderful excess. 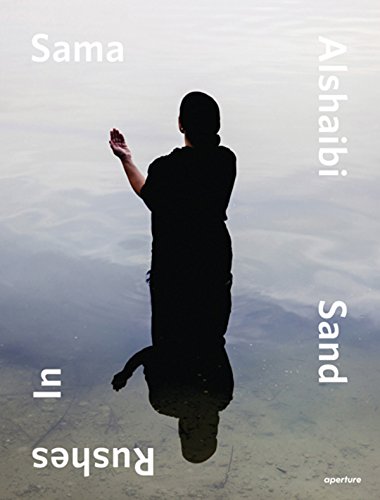 Don’t miss our other highlighted features from Photo London: