Feature
Let Me Tell You
An intimate series recounts the personal stories of refugees and tackles a critical question—how to engage audiences numbed by ever-growing statistics, which obscure the individual basis of the crisis.

Photographs and text by Sara Furlanetto

Let Me Tell You
An intimate series recounts the personal stories of refugees and tackles a critical question—how to engage audiences numbed by ever-growing statistics, which obscure the individual basis of the crisis.

I was urged to explore the huge phenomenon of the migrant crisis by my motivation to understand it better. I didn’t want to join the entourage of media already surrounding the issue, but rather hoped to personally face the migrants, to understand who they are or who they were—what they feel and see. So, in the months that followed—until spring 2016—I travelled often between Italy, the UK, France and Germany.

I felt a certain closeness to my subjects, and I wanted to somehow convey this in my photos. Sharing with a public that is becoming increasingly numb is very difficult—in the current climate, people on the move (whether refugees or economic/environmental migrants) are perceived in a negative light.

Following my nature and vision, I brought everything to a human level, listening to their stories and half-expressed thoughts. These images reflect people’s lives: many of them are stuck halfway between traumas, fears and dreams, left in the hands of unfamiliar bureaucracy and institutions. Constant uncertainty can make them extremely vulnerable; at times, they are filled with rage. But it can also fill them with an incredible inner strength. The will to self-determine their fate—to follow the light at the end of the tunnel—fuels the fire burning inside them. I make these observations based on a series of unique encounters in reception centers, temporary accommodations and the overcrowded refugee camp of Calais.

This project is about migrants’ feelings, tensions, inner conflicts, and the glimmer of identity that can be grasped during extreme circumstances. These are all elements that come into the light through portraiture, as well as the texts and drawings created by the subjects themselves. Their active participation has always been key to me, as it ideally stands as a reclamation of authorship over their own image.

The complexity of this issue is rooted in the complexity of every individual, and yet the numbing statistics related to this phenomenon—the abstraction of numbers—denies the migrants the individuality they deserve.

The journey, physical or ideal, for the pursuit of happiness is a universal right and a universal desire. This common quest for a safe harbor, a personal Ithaca, is the “fil rouge” that connects every person on the move: it opens the discussion on the meaning of “us”—us as people rather than dematerialized political and financial concepts.

If you’re interested in seeing more work like this, we’d recommend the following articles: Lost Family Portraits, a series of personal stories told by Syrian refugees living in camps in Lebanon; The Stateless, Placeless Desert, images that examine the timeless relationship between body and home in contemporary Iranian society; and Mediterranean Migration, a project shot onboard a rescue ship in the Mediterranean. 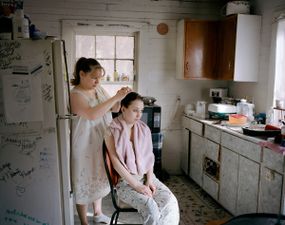 Hillbilly heroin, honey
Hannah Modigh
Rural Appalachia is known for its poverty and social problems—instead, these still, atmospheric photographs focus on the locals’ unique bind to their fading community. In the photographer’s words, “The crack in the soul is more... 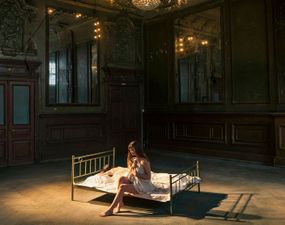 Berlin Bhf
Anna Tihanyi
A fairytale-like series explores the feeling of being an outcast—rootless, alienated, and separate—that is inherent to the city of Berlin. 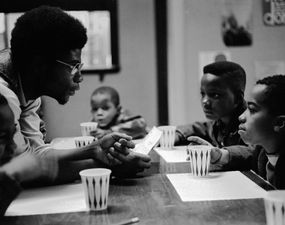 The Black Panthers — 50 Year Anniversary
Stephen Shames
The legacy of the Black Panther Party can’t be understated — this retrospective of the BPP’s ideologies and goals shows that while progress has been made, we still have a long way to go. 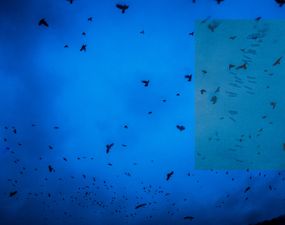 Zukunft (Future)
Sarah Pabst
“Sometimes you have to go far away to be able to see again”—a German photographer returns to her roots and delves deep into her country’s complicated, wartime past in order to gain some insight into the future. 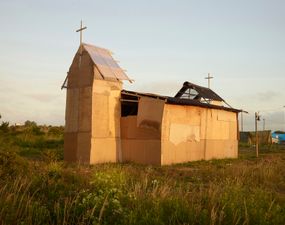 Calais: 10 Years From Jungle to City
Foam Amsterdam
A powerful and original take on the informal migrant settlement outside of Calais—produced over 10 years, this project does full justice to the complexity of the long-running political/humanitarian crisis lying at Europe’s heart. 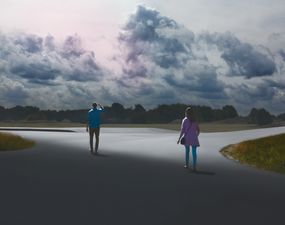 Events in Nature
Kristoffer Axén
Carefully post-produced images result in an uneasy world that is “like the thick memory of a strange dream from two nights ago…that somehow seems more important and real than the everyday.”