Feature
Street Photography as Process
Street photography is both beloved and poorly defined—this essay offers a considered look at what truly sets this genre apart.

Street Photography as Process
Street photography is both beloved and poorly defined—this essay offers a considered look at what truly sets this genre apart.

Over the past 20 years I have been creating, teaching and looking at street photography. In that time of immersion in the history and contemporary practice of this celebrated style, I have become increasingly interested in enriching the definitions and language that we use around this tradition. My goal is to extend the scope of the genre beyond its title (the streets, most often urban) and beyond its traditional content—most often people and sometimes domestic animals (dogs, and more rarely, cats). Furthermore, rather than using location or content alone to distinguish the genre, I believe street photography is most clearly understood by how the process of creating said images is different from that of working in the documentary, landscape or portrait genres. 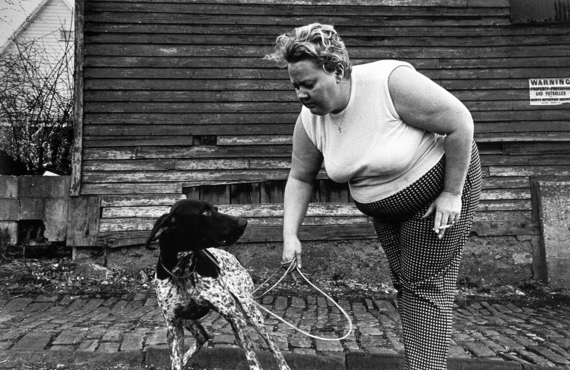 Street photography is a way of walking through a space while being constantly aware of momentary changes in light. It is a discipline and constant awareness of how one can arrange and frame compositional elements in advance of a yet-to-be-seen sequence of events that may or may not happen: for example, when out seeking images, some photographers prefer the shady side of the street and will walk along a curb to utilize the vanishing perspective lines of the sidewalk merging with the adjacent buildings.

Street photography is about being open to the endless possibility of what might make an interesting photograph; arguing couples, balletic pedestrian movement, uncanny and witty juxtapositions of seemingly unrelated subject matter. Street photography is about spontaneity: the choreography of synchronizing an impulsive emotional or cerebral response that may transpire over the course of milliseconds with making a photographic exposure. And street photography is so often about not knowing what a good photograph will look like, yet trusting the desire and impulse to pick up the camera, frame the scene, and rely upon intuition to recognize the moment where form and content are at an apex. 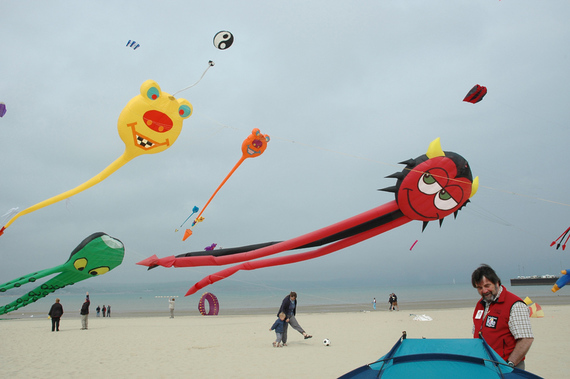 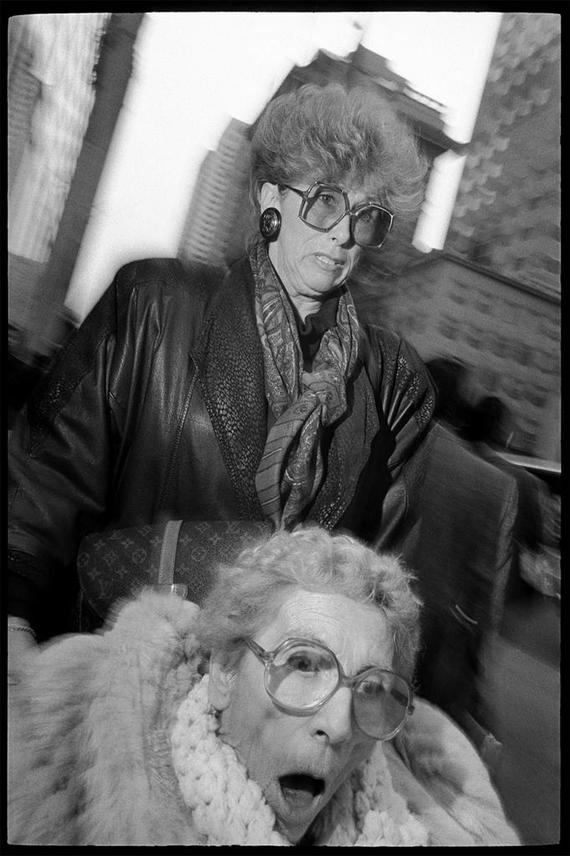 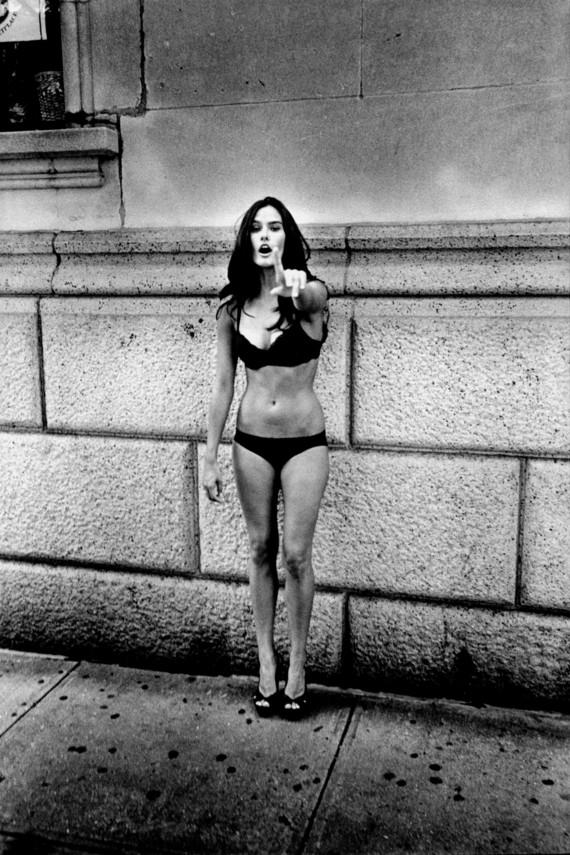 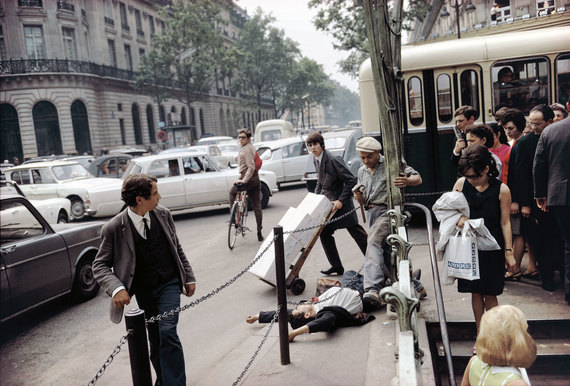 Street photographs are not the only type of images that succeed without the accompaniment of context or companion images. For example, still life and landscape photographs often don’t need context in order for their full meaning or experience to be appreciated. However, another distinguishing aspect of creating street photography is that the street photographer, as opposed to the still life or landscape photographer, approaches each instant tabula rasa and without a prescribed narrative or intention. The photographer happened upon the moment. Because street photographers are always ready for the unexpected, always aware of the appropriate light reading, (and always sensitive to the danger of stepping into oncoming traffic in pursuit of a coveted moment), they are able to seize this unique type of image. Street photography is a process of being constantly immersed in a theater of unbounded possibilities that life has to offer.

So, street photography, which involves physically and mentally allowing oneself to meander in search of a photograph, is diametric to a method focused on seeking out images with a goal or purpose. When the intention of the photographer becomes more defined and s/he begins to seek a type of image or specific subject matter, their work begins to step out of the street photography genre and moves toward becoming a documentary project—a documentary project defined, in part, by the photographer’s intention to explore a subject or issue through a photographic inquiry. 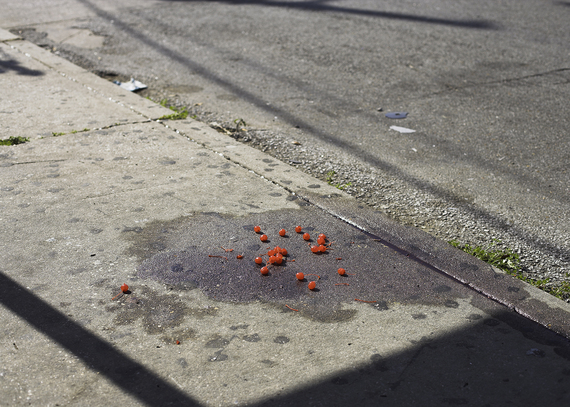 Of course, many street photographers develop stylistic and content themes in their work. Some seek humorous, unlikely contrasts, visual puns. There’s the popular subject of dogs and an endless coffer of “odd-looking” people. Many photographers work solely in the style of flashed street portraits. Each of these types of inquiries or approaches could suggest intention—which by my definition would fall outside the parameters of street photography. 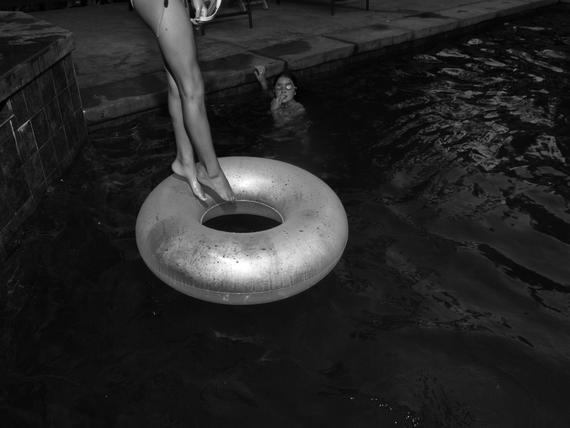 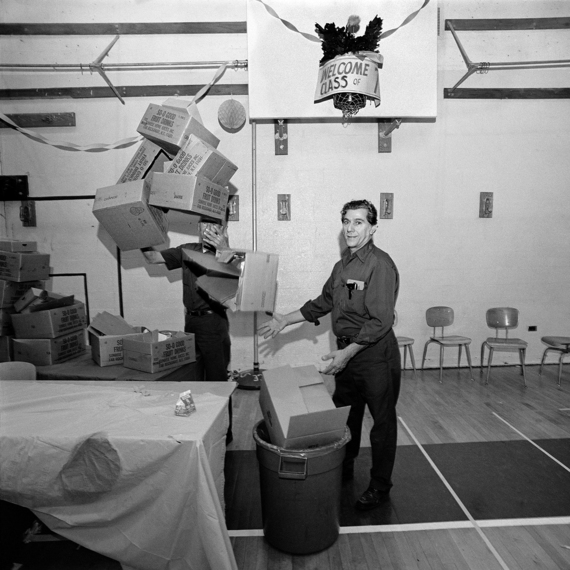 Perhaps a murky distinction appears here: when is a photographer responding to unconscious impulses—without intention—versus becoming aware of their conscious interests and seeking images that define those interests—with intention? Many street photographers will curate their own work in retrospect, only later learning that there were themes that were developing while they were making their photographs. In this case, the act of reflecting upon one’s own work (or with the assistance of an astute observer) reveals one of the greatest rewards of working so spontaneously: the unconscious concerns of the photographer become revealed through an instinctive approach to making pictures. 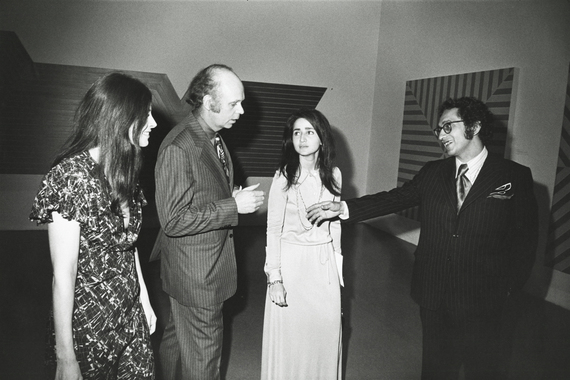 Admittedly, my initial definition of street photography knocks out some of the most familiar street photography from being recognized as such. Garry Winogrand, one of the most revered practitioners of the genre, created a series of photographs exhibited under the title of “Public Relations.” Many of the images were made at dinners, dances, press conferences and other indoor venues, and in the streets. He approached this work with the intention of portraying “the effect of media on events.” Because there was a finite intention behind what he was seeking to photograph, much of this work would be excluded from the genre under my definition of street photography. However, for me, many of the “Public Relations” images extend beyond fulfilling his initial narrative and branch out into what makes Garry Winogrand’s photographs so uniquely strong: their ability to defy a singular reading or purpose and to feel so spontaneously spot on. I believe the success of those images is found in much more than their commentary upon “the effect of media on events.” 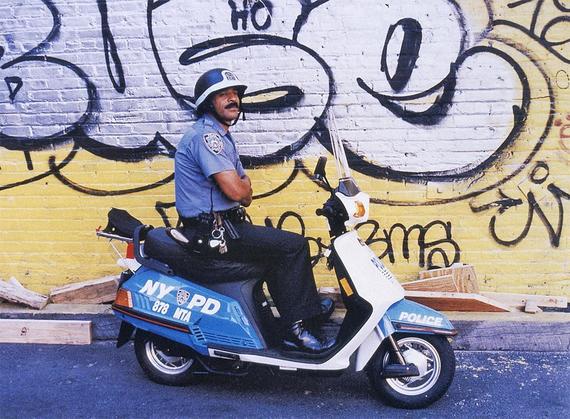 Having rescued Garry Winogrand from the brink of excommunication, street portraiture is another type of photography that deserves closer examination. In this practice, interacting with the subject can dilute the spontaneity of the moment and the photographer often seeks a type of person to fulfill the structure of a narrative idea. For example Bruce Davidson’s “East 100th Street” work (which he would agree is not street photography), Robert Bergman’s “A Kind of Rapture” and Jamel Shabazz’s “Back in the Days” are three projects which are on the indistinct border between street photography and portraiture. Yet the genre is too rich and too important to be overlooked altogether. So perhaps street portraiture resists straightforward classification within the genre of street photography…

Insofar as genres are useful, I hope these reflections provide insight toward defining street photography. However, more often genres limit the possibilities of how a photograph can be approached and experienced by an audience. To me, Diane Arbus’ recently uncovered photograph of a newspaper stirring under a gentle breeze amidst a dark and oppressive ocean of pavement, is much more than a street photograph, a still life, or even a landscape; it is everything a photograph can do that words can not. 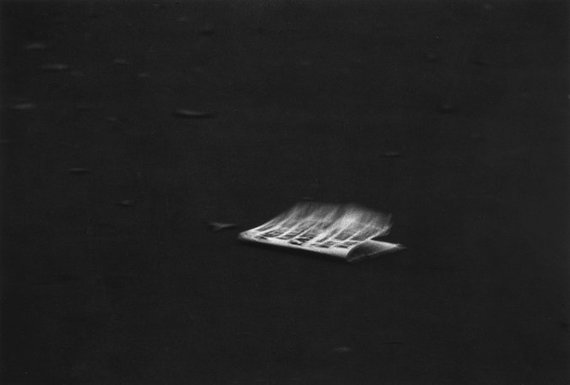 Serge J-F. Levy lives in Tucson, Arizona where he is currently working on a body of street photographs created in the desert landscape. There is almost no pavement in his recent images.