Feature
The North Fork
This intimate series is the result of the photographer’s decades-long fascination with a remote valley, its idiosyncratic inhabitants and a long, personal history of family strife.

The North Fork
This intimate series is the result of the photographer’s decades-long fascination with a remote valley, its idiosyncratic inhabitants and a long, personal history of family strife.

After a nearly 20 year estrangement, photographer Trent Davis Bailey returned to an area in Colorado called the North Fork to find his family. Despite many fond memories of playing in and around the distinctive natural landscape of western Colorado, as a result of familial discord, Bailey hadn’t visited in decades. In the interview below, Bailey walks us through the remote, “otherworldly” landscape of the North Fork; an unforeseen encounter; and what he learned as an assistant to Alex Webb and Rebecca Norris Webb during his years in New York City: 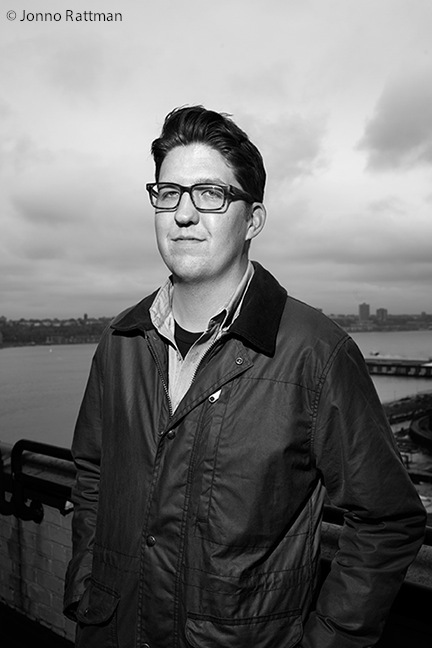 LC: Tell us more about “The North Fork.” How did the project begin, and how long have you worked on it for? Did you first visit the area with the intention of creating the series?

TDB: The idea for this project began about five years ago, while I was living in New York City. I wanted to make pictures that dealt with my affection for my home state of Colorado—I wanted to explore my connections there. Specifically, I had become curious about my extended family: my aunt, uncle, and seven cousins who I hadn’t seen in nearly 20 years. I had last visited with them in the North Fork, a remote river valley in western Colorado surrounded by deep wilderness, precipitous canyons, sloping forests and ragged peaks.

Their home at the time was a large rectangular army tent assembled at the base of a mountain. Their backyard had three ponds and a garden where they grew their own food, and beyond that there was a dense forest of juniper trees where I imagined coyotes, black bears, and mountain lions lurked. It was like Shangri-La for a seven-year-old. I was enamored with their world, but due to a falling out between my dad and my uncle, I only visited them a few times.

By 2011, I had built up this imaginative, mythical idea of the North Fork, and I had a deep-seated desire to return there. My first trip back to the valley was a reconnaissance mission, free of any expectations. I set out with a vague idea about the types of pictures I wanted to make. More than anything, though, I wanted to connect with the valley’s locals. That first week, I met an orchardist and a metal worker who introduced me to the community. I returned to New York with a few interesting pictures, and that encouraged me to make two more trips the following year. Since then, I have established an unhurried routine of making excursions to the North Fork. Every time, I use photography to piece together a map of my experience of the valley’s landscape and its inhabitants.

LC: Tell us about your relationship with the people you photograph. This project would not be possible without the North Fork community.

LC: Did you end up finding your North Fork family? If so, how?

Thankfully, yes. In the midst of my third trip to the valley, I walked into the local natural foods market. I noticed a thin woman with wavy, gray hair and a kind face. Her presence alone made me feel flustered and light-headed, and I wondered why she seemed so familiar. Based on my feelings, I guessed that this woman was my aunt so I approached her and asked her if her name was Chrys.

She said that it was and I told her who I was. Her eyes widened and we immediately embraced. It was a confounding and gratifying moment.

In the years since, I’ve rekindled ties with all of my North Fork family. Each time I return, I’m still surprised and also relieved there is no longer this intangible gap between my cousins and me. I used to feel their presence in my mind, but in reality, they were absent from my life.

Of course, with each person I photograph (whether we’re related or not), I’m drawn to distinctive characteristics that are unique to them and our time spent together. Despite my personal rapprochement with my family, I remain interested in making photographs that deal with this search for a familial connection.

LC: Are you drawn to the landscape, the people, or both? Can you say why? What makes one (or both) of them unique?

TDB: I’m drawn to both, but I don’t think that landscape photographs and portraits need to be mutually exclusive. For me, the North Fork landscape is as much of a character as the people who inhabit it. The geography there is incredibly diverse; it’s part of why I am attracted to the valley. The tillable land is extremely fertile and giving to local farmers, but it’s also rocky by nature and can be difficult to cultivate. The whole valley is at a pitch, and in some sections, it’s treacherous. It’s as if the topography of the North Fork matches my own multifaceted feelings for the place.

I find that there’s a delicate balance at the core of the medium: it’s essential to be aware of the space between the subject and the photographer.

Sometimes there is a physical space that takes precedence; other times it’s more of a psychological space I’m trying to reveal or imply.

LC: Have you encountered anything unexpected since returning to the North Fork?

TDB: Yes, definitely. I think photographing unexpected scenarios helps convey the awe I felt as a kid. I’m often trying to put myself in unusual circumstances as if I’m beckoning a surprise. I never know how all of the elements around me will coalesce as a photograph, so I try not to limit myself too much. Ultimately, though, this kind of photography is a game of luck. 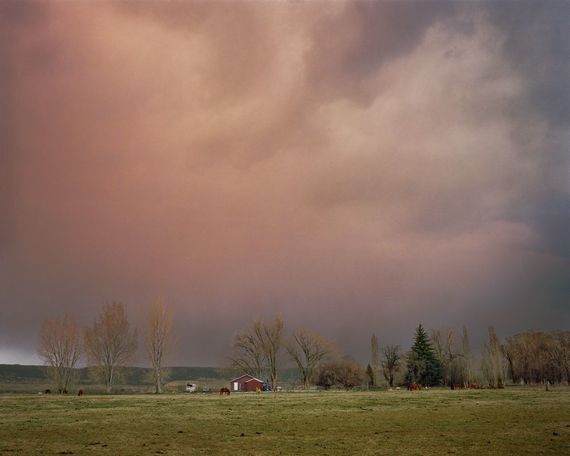 One example of an unexpected encounter is my “Dust Storm” picture (above). I happened to be in the North Fork during the spring, when forceful winds blow red soil into Colorado from Utah. The color of the sky that day was an unsettling ochre. It was as if desert sands had adhered to the clouds above me. It created this otherworldly, almost apocalyptic quality to the light and atmosphere, which I loved. It was like nothing I had seen before. Adding to the scene was this shining, bright-white doorway on a farmhouse across the field from me, which appeared like a portal.

LC: What’s the message you want to communicate to your viewers?

TDB: Like an epic poem, there isn’t one singular message with this work. I want there to be the sense of a journey, and I want there to be room for subplots and interpretations—about farming, wilderness, rural America, community, longing and about whatever else the work conjures up for each person. I’d like viewers to submit to their own imaginative sense of place. I’m also interested in how these photographs can yield an internal feeling: as if the image is emerging from a memory or a dream.

If I were to choose any two creative heroes, I’d pick Alex Webb and Rebecca Norris Webb. During my three years in New York, I worked part-time as their assistant. By helping them with their book projects, I learned about the patience it takes to stay with a long-term project over many years.

There is so much about being a working photographer that goes unseen.

The Webbs showed me the ropes. They gave me an understanding of how unpredictable—yet fulfilling—this kind of work really is. Alex once asked me for advice on a joint book he and Rebecca were working on. He said, “Do you think this is a good idea or are we just crazy?” I replied, “Maybe both.” We laughed, but I think all artists feel that way when they’re trying to resolve a body of work. Years later, the Webbs and I have stayed close. We joke that they’re my surrogate parents.

Bailey’s work were shown at Paris Photo this November.