LensCulture is proud to announce 39 excellent photographers as winners, jurors’ picks and finalists of the 2018 Exposure Awards. Selected by a diverse, international jury, the award-winning photographers hail from 16 countries, representing an intriguing and inspiring cross-section of contemporary photography today.

These remarkable projects feature work covering a broad range of genres and subjects, from fine art and conceptual work, to documentary, portrait, visual storytelling, fictional narratives, poetic and personal interpretations, current events, alternative process, staged photos and more. Each of these photographers, in their own way, shows masterful control of the visual language of photography, and each offers a unique point of view that—according to the experts on our jury—deserves world-wide recognition. We hope you discover several projects here that truly inspire you. 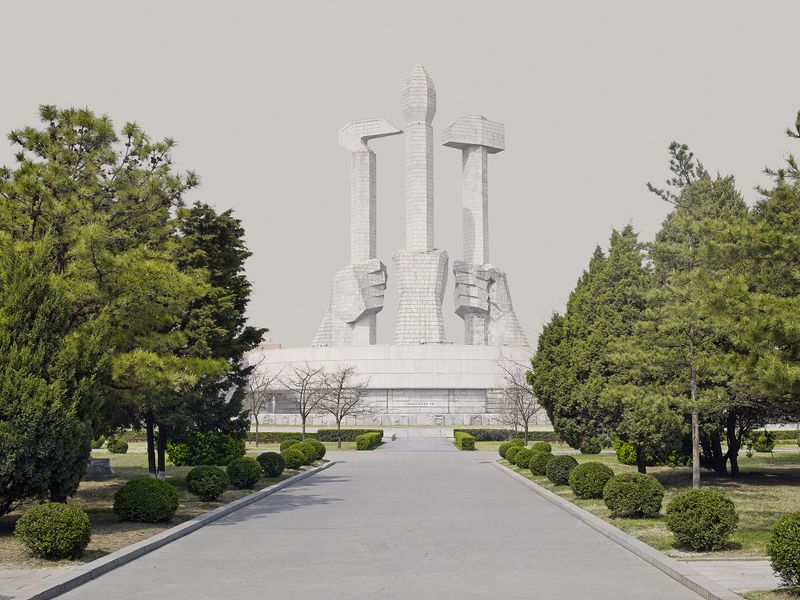 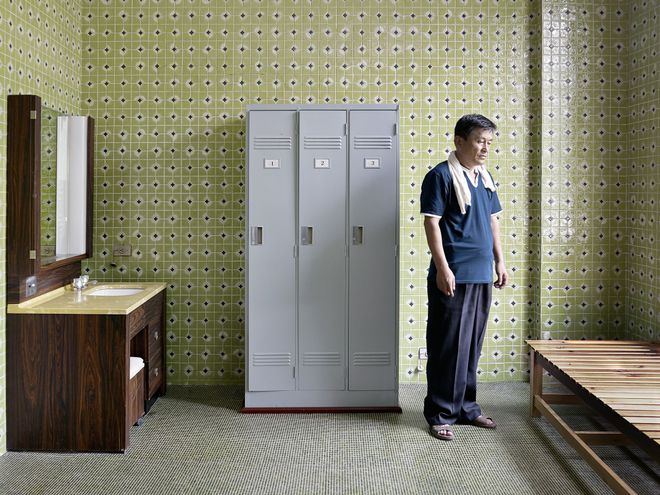 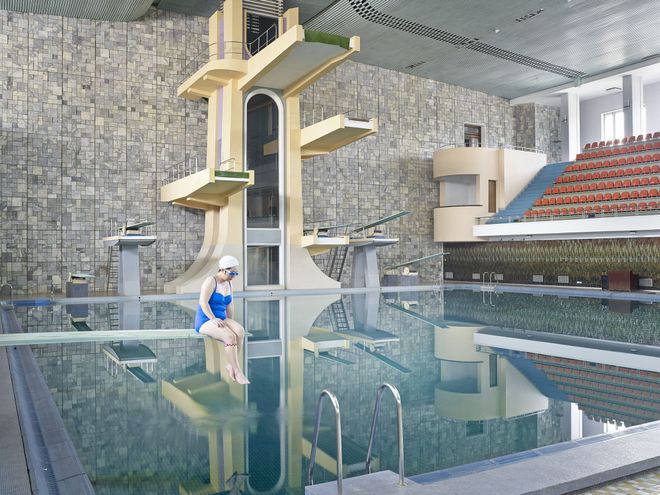 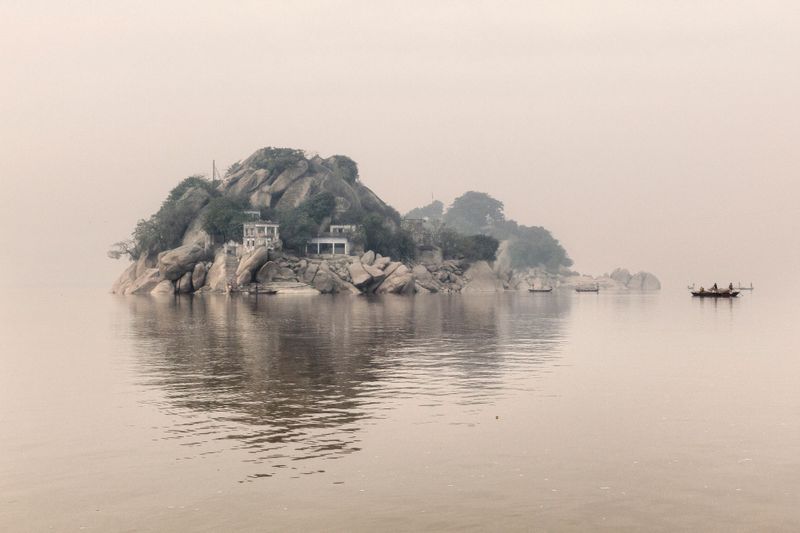 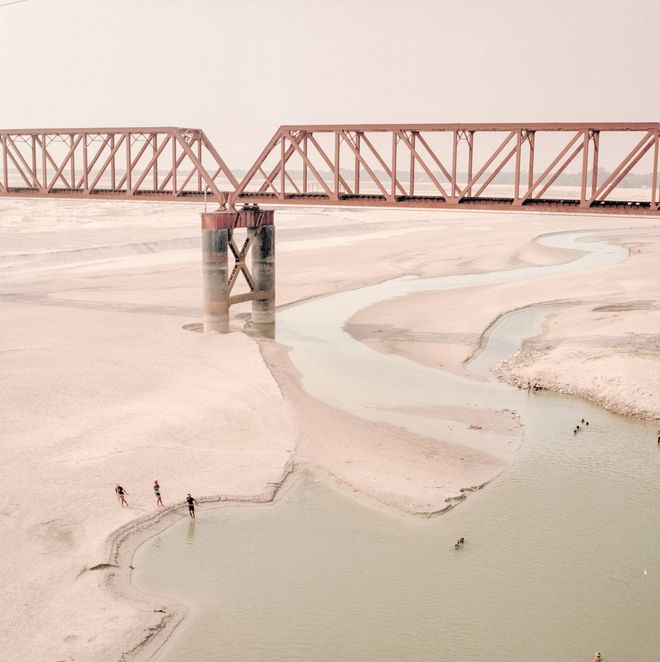 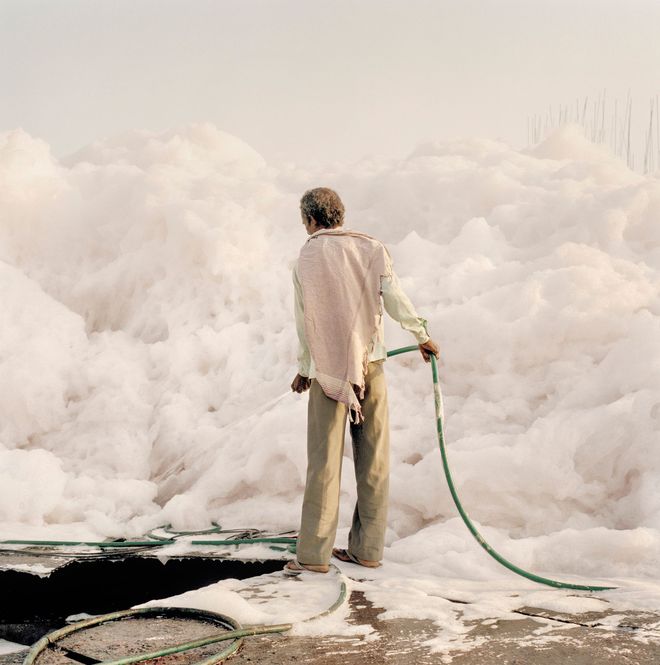 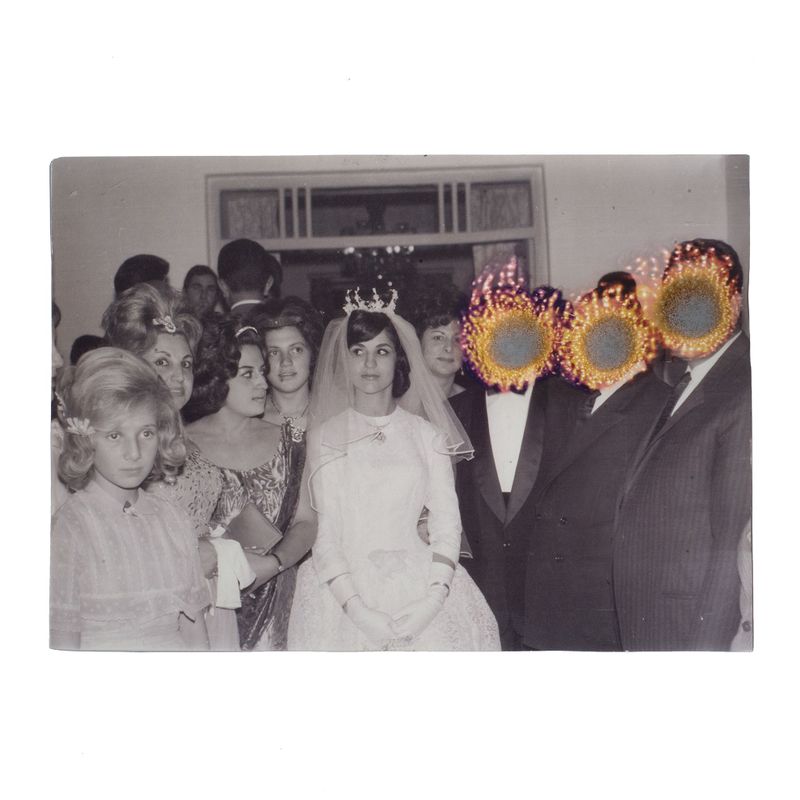 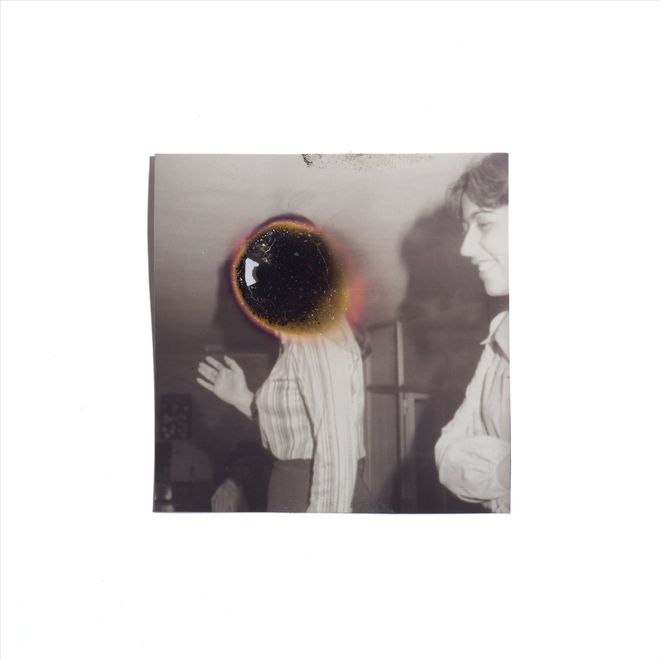 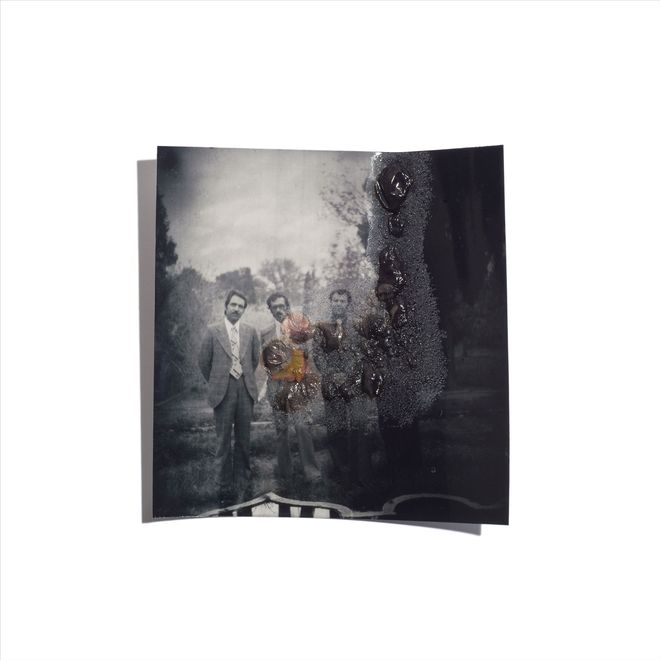 “The variety and quality of the entries to this year’s LensCulture Exposure Awards was really thrilling. From deeply personal projects to the cleverly observed and most vivid of interpretations, the photographers each demonstrated their accomplishments with flair. The competition was fierce, so a huge congratulations to all those who made the shortlist.” 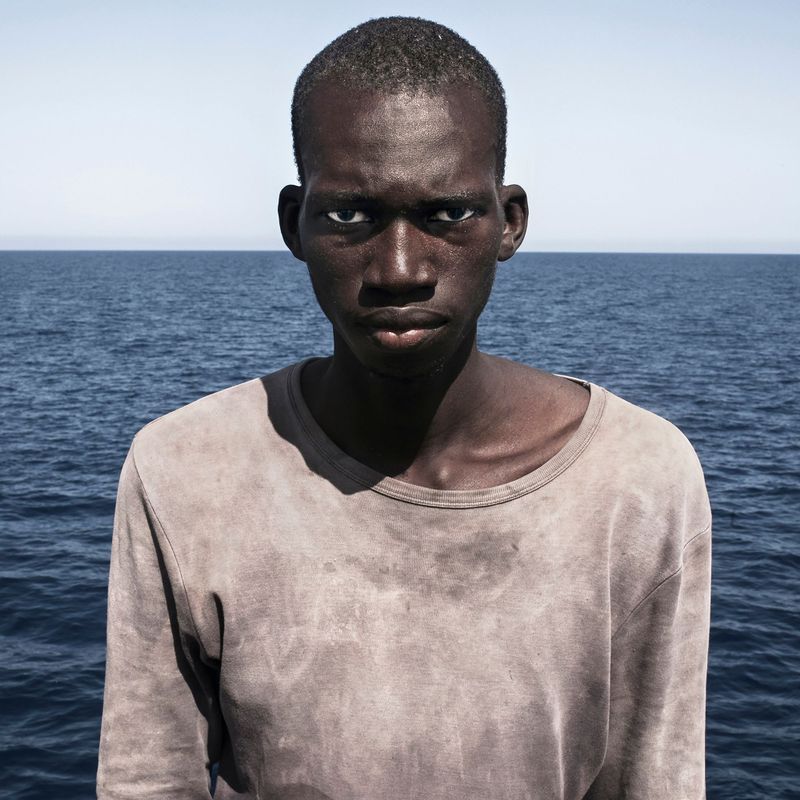 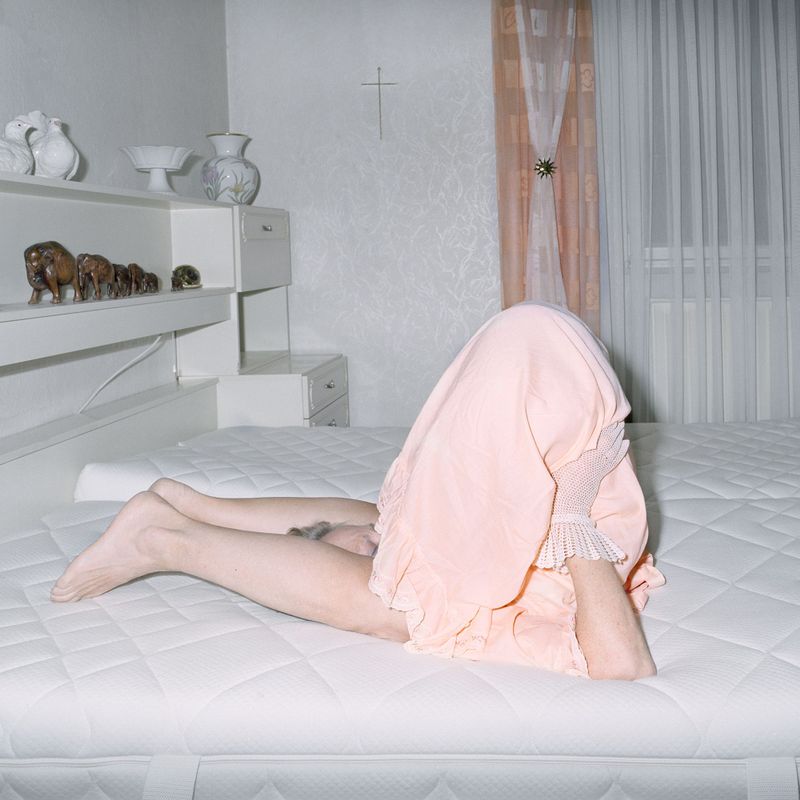 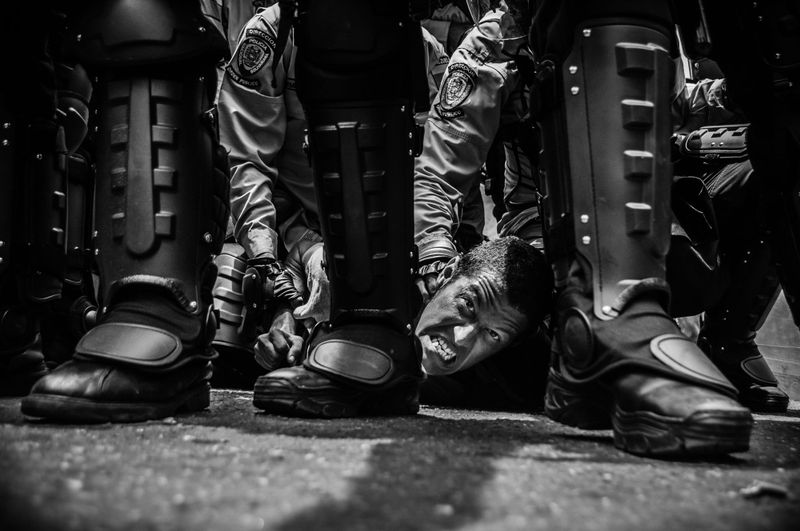 “Sites such as LensCulture, which offer new perspective on the world via a wide range of photographs, are an important means of combatting the isolationism that’s profoundly impacting our lives these days.”

Bastiaan’s series "Mukono" is compelling. I was captivated by the portrait of a child, Queen of Mukono, draped in a modest, multi-patterned flowing dress. It is her cloth crown, direct gaze, and piercing eyes that portray a young girl far beyond her years.

Inherent in each portrait are visual narratives with themes of endurance, adversity and hardship paired with bold lines of simplicity, integrity and pure strength. The landscapes are dusted with roads to nowhere that contain a loosely-built “fisherman cottage" rooted as if it has been present a hundred years before and will remain for a hundred years to come.

This series is about clean drinking water (or rather, the lack of it) in the small village of Mukono, Uganda and how its inhabitants live day-to-day, purposefully, despite this difficulty. It is the brilliance of Bastiaan’s unique stylistic approach that encourages the viewer to be absolute and present with each image, as they ultimately imprint themselves permanently into our visual vocabulary.

Matthew Casteel photographed the interiors of thousands of cars driven by veterans (mostly from the conflict in Vietnam) in the Asheville, North Carolina, area. The project grew out of Casteel’s years of employment as a valet at a VA hospital in Asheville. It’s a thoughtful reconsideration of what most of us would never take the time to look at. And the collective body of work makes me uncomfortable in a way that being in a stranger’s bedroom or closet would. It’s hard to look away, and I’m so grateful for that.

Coupling letters with such tender, calmly observed portraits of her subjects has produced a profoundly affecting series. Haruka Sakaguchi has revealed so much to reflect upon and shown us what we can learn from the experiences and wisdom of these survivors. It seems a particularly resonant project at this time of political turbulence and mistrust among nations.

In our current age that floods us with a non-stop flow of images, it is easy to feel jaded, or to tune out the meaning behind pictures simply because we do not have the capacity to maintain empathy, compassion, and concern for everything that we are exposed to. The risk of overlooking or dismissing photos becomes even more prevalent when we believe that we have already seen similar images too many times before—we become hardened by a sense of déjà vu, and as such, we stop looking and stop seeing pictures that might be telling us important stories.

So, Chris Kirby’s visual strategy of adding marks of distress and unusual areas of faded colors to his straightforward black-and-white environmental portraits helps them visually break through the clutter. When we take the time to look more carefully at each (underlying) photo, we discover poignant moments and striking details that help us connect with the people there, and their personal situations. These specific photos—especially when experienced as a series—then work well to convey more universal stories of a large segment of people who deserve society’s attention.

Amidst ongoing debates over immigration and refugees, I found myself returning repeatedly to Jason Florio’s portfolio. Through thoughtful compositional choices, a careful selection and sequence of images, and the decision to share his work in tones of black-and-white rather than in color, he brings attention to the stark plight of migrants in the Mediterranean.

Namsa Leuba is an extremely talented artist whose work is contributing actively to the ongoing bloom of visual work arriving from the African continent. The series she presented for LensCulture was executed in the Republic of Benin and depicts imagined narratives inspired by the local animist traditions of the vodun (voodoo). The title of the series, "Weke," means “the visible and invisible universe, all things created, living, breathing or not” in the local language.

Inspired by the visual codes and symbols of voodoo, Leuba constructed a performative photographic series. By sourcing models and creating unique costumes, she reenacts important rituals that result in a fictive portrayal of new types of communities.

This is the fertile ground that the artist also uses to reflect on herself and her identity as a Guinean/Swiss woman, the politics of the gaze and the concept of the (exotic) other. And finally, the influence that a Westernized perspective has on it all. Everything is expressed in her distinctive, signature visual style. My absolute favourite from this competition and, overall, a beautiful body of work.

It was not a surprise to discover that Dylan is also a filmmaker. His series manages that complex achievement of spinning narrative from the space in between individual images, building a multiplicity of storylines and tangents from images dripping with foreboding. I wanted to see more pictures and I would love to know how he would sequence a book from this series.

Daphne Rocou’s collection “Paradisi Regained” is an artistic discussion of contemporary issues relating to poverty and education. I was drawn to not only Daphne’s use of color, costumes, and storytelling, but to her creative approach that reflects the challenges we still face in various parts of the world, especially when addressing rural life. Her approach of engaging us on this complex topic is a reflection of her resourcefulness in creating art with a purpose.

“It was an honor to be part of the LensCulture jury. I came away with a renewed excitement about photography and discovered photographers that I hope to be able to work with here at The New York Times Magazine.” 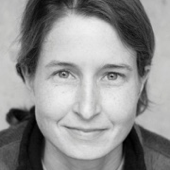 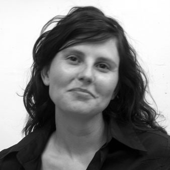 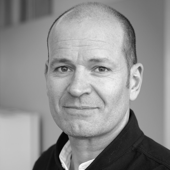 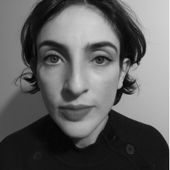 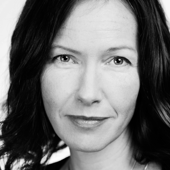 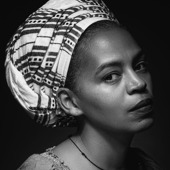 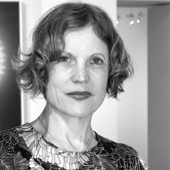 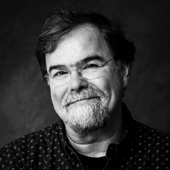 All of the selected photographers from the 2018 Exposure Awards will be exhibited at Somerset House during Photo London, London’s premier photography fair. Hope to see you there!

LensCulture would like to thank every photographer who participated in this competition — your entries, which came from all over the world, have been a true inspiration to view and consider! We would also like to extend our sincere gratitude to the members of the jury who worked long and hard reviewing the entries to the competition and ultimately selecting the brilliant work displayed here.