Award winner
Restricted Areas
An interview with the young, talented photographer behind this award-winning work about the Soviet (or human) impulse towards utopia and technologically achieved perfection—dreams of progress that came to a crashing, frozen halt.

Restricted Areas
An interview with the young, talented photographer behind this award-winning work about the Soviet (or human) impulse towards utopia and technologically achieved perfection—dreams of progress that came to a crashing, frozen halt.

The project “Restricted Areas” is about the human impulse towards utopia, about our striving for perfection through technological progress.

Humans are always trying to own ever more than they have—this is the source of technical progress. The byproducts of this progress are various commodities as well as the tools of violence in order to hold power over others.

Better, higher, stronger—these ideals often express the main ideology of governments. To achieve these standards, governments are ready to sacrifice almost everything. Meanwhile, the individual is supposed to become a tool for reaching these goals. In exchange, the individual is promised a higher level of comfort.

For “Restricted Areas,” I traveled in search of places which used to hold great importance for the idea of technological progress. These places are now deserted. They have lost their significance, along with their utopian ideology which is now obsolete.

Many of these places were once secret cities, that did not appear on any maps or public records. These places were the sites of forgotten scientific triumphs, abandoned buildings of almost inhuman complexity. The perfect technocratic future that never came.

Any progress comes to its end earlier or later and it can happen for different reasons—nuclear war, economic crisis, natural disaster. What’s interesting for me is to witness what remains after the progress has ground to a halt.

LC: What drew you to the subjects in “Restricted Areas?”

DT: One day, I went to visit my grandmother who lives in a closed and previously secret city where the first Soviet nuclear bomb was developed. While there, I learnt that in the 1960s, there had been a nuclear disaster but it had been completely classified. As it turns out, a vast territory had been contaminated and the people living there developed a variety of chronic diseases because of the accident. The first shot of “Restricted Areas” was made in this city.

This was the starting point of my investigation into the ruthlessness of technical progress as against the human element—a particularly tragic dynamic since this search is initiated by humanity itself.

Keep in mind: these facilities were created by the state—and not by individuals. I believe that the state thinks much more about its own well-being and safety than of its people. As a result of this mindset, the actions of the state often lead to disasters that affect the entire population, composed of individuals.

LC: Decades ago, when these Soviet structures were being built, the people who constructed them likely believed that the Soviet Union would continue to exist indefinitely! Can you be so bold as to predict what might have a “Restricted Areas”-look 50 years from today?

DT: I think that the idea of totalitarianism and world domination is always utopian, from the beginning. I’ve finished a new project titled “Ideal,” focusing on the utopianism behind the idea of building any super-society (filled with “super-people”).

While running, such states have to demonstrate their superiority and inspire people with impossible ideals. But it is natural that totalitarian systems don’t last forever. After all, in such states, the people are functioning because they are forced to, not because it is their desire to do so.

As a result, when such systems come to an end, the crutch of control disappears. Then, people stop working and we witness a collapse. The crashed dreams of such systems leave behind a heritage of gigantic monuments and ambitious architectural projects.

We live in a different situation now, so it’s difficult for me to predict what will be left in 50 years. But we’ll see it for ourselves before too long.

LC: Can you say more about the visual approach that you used for this project? Was this a gradual decision that you made or did you know from the beginning that it would take on this distinctive “look”?

DT: No, it didn’t happen from the beginning. At the first stage, I was taking pictures in winter, when there was cloudy weather. I also shot whenever there was snowfall. A year later, I looked at all the photographs I had made and decided to remove all pictures that didn’t fit. It was then that I decided to keep the photos with minimum details and maximum attention to the object of the shooting.

DT: I don’t consider my practice as documenting or simulating the reality. I see myself more as a “composer” and creator of a new reality. Photography for me is the way to create new meanings and interpretations—not a method to show the world as it is. I’m using the artistic prism as a way to purposefully manipulate time and weather, and the possibility to unite different places into one visual space.

LC: I have seen your work exhibited in London (LensCulture exhibition at Photo London 2015) and in Paris (at the FOAM Talents 2015 exhibition). But I’ve also seen it take book form, in Escape. What do different mediums of communication offer you? It seems like the book is an important form to you, for example.

DT: I think that the photography at the moment is the most avant-garde medium in the world. This means its modes of presentation vary widely. Of course, every idea and each project has its own best corresponding platform. For example, Escape was conceived from the very beginning as a book. And “Restricted Areas” as an exhibition.

But projects can also work on multiple levels and take on new forms. For example, “Restricted Areas” won the European Publishers Award for Photography and has been published as a book. It had to be adapted to the medium but I feel that has become a very good book as well. 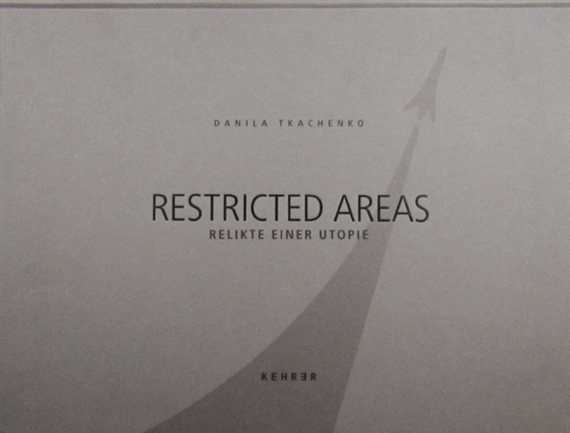 This book was published as part of the European Publishers Award for Photography. This involves five of Europe’s top photobook publishers. Also, don’t miss the work of all the other winners and finalists from the LensCulture Exposure Awards 2014. In total, you’ll find 31 visually inspiring works from across the world.