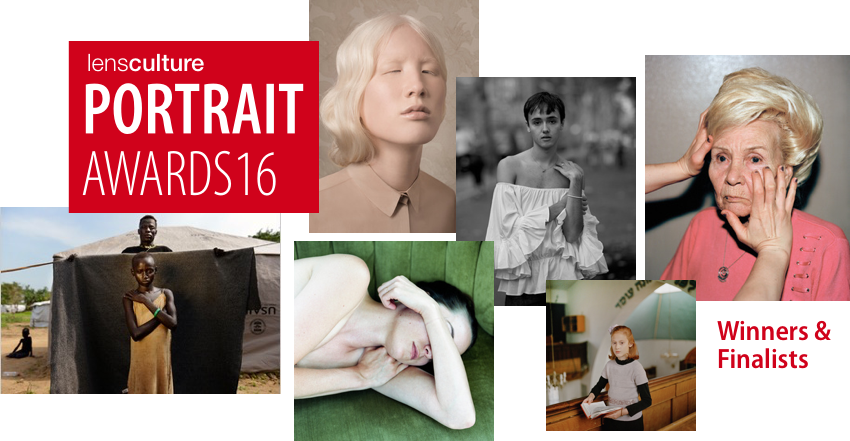 Portrait photography resonates in cultures all over the world. Why? Because people are interested in other people: from cultural icons to the gaze of the everyday person on the street. These awards were aimed at discovering the full potential of 21st century portraiture and some of the best examples being made today.

Photographers from over 100 countries shared their strongest work and our jury carefully selected a powerful and diverse group. In addition, each juror chose one photographer as a personal selection, also presented here. Through their distinctive points of view, these 39 photographers offer us both their own vision of the world — and new ways of looking at each other.

Polly Braden’s long-term documentary project “Great Interactions” offers a rich, empathic and visually accomplished response to the experiences of people with learning disabilities and autism. The quiet intimacy of the images, and their accompanying captions, describe experiences from the everyday as well as once-in-a-lifetime interactions and accomplishments — all without recourse to cliché or assumption. 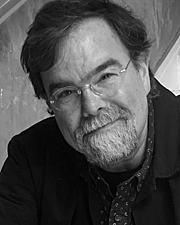 These diptych portraits of the same person, same pose, 20 years apart, evoke some of the “magic” that is at the essence of photography and portraiture. The concept is simple, but the execution is flawless. So, we as viewers are able to instantly imagine and celebrate the lives of these “artists, writers, junkies and the like” as they age with grace and dignity and beatific beauty over a period of two decades of creative life. 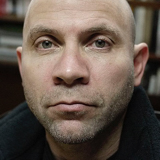 At first glance, Michaela Spurna’s work “She” looks like something the author staged using her own family in a photographic theatre. But if you pay more attention, things become enigmatic and mystery fills the air. It's that kind of “invisible” mystery that only photographers can catch. Upon a third look, weirdness is then what draws our attention. The child entranced by lions’ love-making; with her father’s sweat; the almost supernatural scene when the girl is hung from a hook. David Lynch and Alfred Hitchcock are echoed—but in the final, definitive look, it is the pure vision of a banal world that we find. Vision elevated to its highest potency. 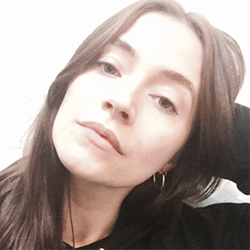 Lauren Ford selects
Jouk Oosterhof, Netherlands, for her photo "André on His Couch"

There were many elements about this image that caught my eye: the soft colours, the furnishings creating lines almost reminiscent of an 18th-century painting and, of course, the subject himself, André. His stance, relaxed and natural. Sitting in women's clothing but perfectly himself. Somehow, it feels more real than if he were wearing men's clothes. There is a fresh sensitivity here, for me. The way Jouk has captured André is perfect; simple, serene and elegant.

Sander Troelstra's portrait of the visual artist Niels Blenderman is both tender and awkward. It speaks well to the relationship between photographer and sitter. 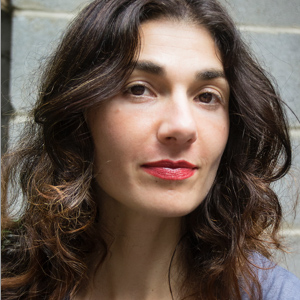 I saw many images in the LensCulture Portrait Awards but I just couldn't stop thinking about this image...it haunted me and still does. This unusual and powerful image triggered a mixture of feelings, thoughts and fears about the world we live in. Yet in the end, I came back to the affirmation that we are all humans. As terrible as this picture appears, I found it beautiful, dangerously quiet, somehow intimate and even poetic in its own, horrifying way.

Chronicling the streets of New Orleans, Swedish photographer Hannah Modigh captures the rawness of the city's deprived areas in sloping shafts of sunlight: both ethereal and powerfully real, her images are distinctly beautiful and bold, yet the series is nuanced and full of suggested narratives. Each illuminated scene gives both an insight into the city's current state and into this emerging photographer's alluring aesthetic—a striking combination which I look forward to seeing evolving as her practice continues.

I think about how precisely I remember certain photographs of my childhood, how they are set in my memory and how, like keys, I simply need to recall them to my mind to access different chapters of my life. The way I visualize the images on Instagram is different: they are not objects in themselves but rather a liquid, dissolved in the constant flow of visual information. Still, I think it is important that photography does not lose its memory function altogether. We need to value and hold on to some images from the past, from a time when photographs preserved a closer correspondence to their source in the real world.

Anne Bourgeois-Vignon
Global Digital Director
Magnum Photos
London, UK
www.magnumphotos.com
more about Anne
Anne Bourgeois-Vignon is the Global Digital Director of Magnum Photos. Her interests lie at the intersection of visual culture and publishing, with a specific interest in the relationship between digital and physical experiences. She conceives, commissions, and produces visual and editorial projects. Previously, Anne has held roles as Creative Content Director of Nowness and Picture Director of Forward Publishing. She writes and talks about photography and has participated in numerous juries and reviews.

Alessia Glaviano is the senior photo editor for Vogue Italia and L’Uomo Vogue. She curated a series of interviews with the masters of photography for the website version of Vogue Italia, which have acquired enormous popularity in the photography community and which are also broadcast on the Italian Sky Arte channel. Glaviano is also responsible for Photo Vogue, an innovative platform on which users can share their own photographs knowing they can rely on the curatorial supervision of professional photo editors.

Under Alessia Glaviano’s direction, Photo Vogue has reached over 120,000 users/photographers hailing from all over the world and launched a collaboration with the prestigious international agency Art & Commerce, which represents some of the most esteemed names in fashion photography, including Steven Meisel, Sølve Sundsbø, Paolo Roversi and Patrick Demarchelier. At Condé Nast, Alessia is responsible for the artistic direction of events and exhibitions for Vogue Italia and L’Uomo Vogue. Besides her editorial activity, Alessia teaches the IED’s Master courses in Milan and holds lectures and conferences on a regular basis. Some of the institutes and universities she was invited as guest lecturer include: IED, Bocconi University and the Milan Polytechnic.

Alessia Glaviano was invited to participate as a jury member in numerous internationally acclaimed photography contests including the World Press Photo and has participated in several portfolio review sessions, including the New York Times Portfolio Reviews.

Emma Bowkett is Director of Photography at the Financial Times FT Weekend Magazine. Joining in 2009, she was integral to the small creative team who reworked the visual language of the magazine ready for the 2010 re-launch.

Furthermore, she is a visiting university lecturer, and regularly participates at international portfolio reviews, festivals, art fairs and awards, including Unseen, Foam Paul Huf, and the Kraszner-Krausz Foundation Book Award. Emma has been a Master at both Foam and Fabrica Masterclasses and is part of Magnum Photos Professional Practice, which supports young and emerging photographers. In 2015, she co-curated a Financial Times special supplement and day of events as part of Photo London. She recently won the inaugural Firecracker Contributors Award, which recognises women who have had a substantial impact on the photography industry and is voted for by professional photographers.

The magazine won Supplement of the Year 2014 in the UK Press Awards.

Emma has a Masters degree in Image and Communication from Goldsmiths University in London.

Iatã Cannabrava was born in Brazil in 1962. He has worked as a photographer for decades, developing a series of social and documentary projects over his career. He worked at newspapers like Folha de São Paulo, Jornal da Tarde and magazines like Veja (among others). He also worked with numerous Brazilian publishers and was a photographer at the São Paulo Cultural Center. His work has been included in over 40 exhibitions and he was named the winner of the prestigious P/B photography award at the São Paulo photography quadrennial. He has published 10 books and his works are held in numerous galleries and private collections.

Besides his own work, Cannabrava has been active in the photographic community at large. He served as the President of São Paulo's photographer's union. He has organized over 30 exhibitions and personally overseen over 15 workshops. In addition, he created and directed the Photography Clinic, the site of over 80 workshops.

Born 1971 in Jerusalem, Israel, Elinor Carucci graduated in 1995 from Bezalel Academy of Arts and Design with a degree in photography, and moved to New York that same year. Her work has been included in many solo and group exhibitions worldwide. Solo shows include Edwynn Houk gallery, Fifty One Fine Art Gallery, James Hyman and Gagosian Gallery, London among others. Group shows include The Museum of Modern Art New York, MoCP Chicago and The Photographers' Gallery, London.

Her photographs are included in the collections of The Museum of Modern Art New York, the Brooklyn Museum of Art, Houston Museum of Fine Art, among others. Her work has appeared in The New York Times Magazine, The New Yorker, Details, New York Magazine, W, Aperture, ARTnews and many more publications.

She was awarded the ICP Infinity Award in 2001, The Guggenheim Fellowship in 2002 and NYFA in 2010. Carucci has published three monographs to date, Closer, Chronicle Books 2002 and Diary of a dancer, SteidlMack 2005 and MOTHER, Prestel 2013.

Carucci currently teaches at the graduate program of photography at School of Visual Arts and is represented by Edwynn Houk Gallery.

Her recent solo exhibition, The Effect of Motherhood, showing images from both personal work and editorial stories, was the launching show at the new Condé Nast gallery in New York. 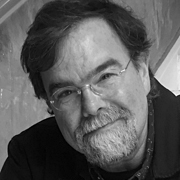 Jim Casper
Editor-in-Chief
LensCulture
Amsterdam, The Netherlands
www.lensculture.com
more about Jim
Jim Casper is the editor-in-chief and publisher of LensCulture, one of the leading online destinations to discover contemporary photography from around the world. As an active member in the contemporary photography world, Casper organizes annual international photography events, travels around the world to meet with photographers and review their portfolios, curates art exhibitions, writes about photography and culture, lectures, conducts workshops, serves as an international juror and nominator for key awards, and is an advisor to arts and education organizations. He serves on the board of directors at SPE, the Society for Photographic Education, the world’s largest association of photography educators.