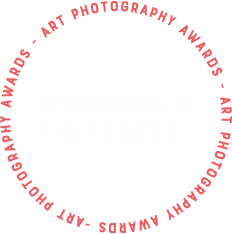 For LensCulture’s very first Art Photography Awards, we were eager to see a wide range of creativity from people in diverse cultures around the world — and we weren’t disappointed!

We’re delighted to present 38 contemporary photographers (from 18 countries) who are making remarkable work right now. The winning series and singles include everything from sensitive, intimate photographs and thought-provoking conceptual art, to celebrations of pure beauty and light. We also discovered several powerful works of art that have a political voice or a message — not merely art for art’s sake. It’s quite refreshing and inspiring.

Our call for entries attracted submissions from artists and photographers in 129 countries on six continents. The 38 photographers featured here represent a fascinating range of art made with photography, covering lots of different approaches and photographic techniques, as well as a surprising array of subject matter.

We hope you discover work here that amazes and delights you, as well as images that challenge your preconceived ideas about what art photography can be in the 21st century. Enjoy! 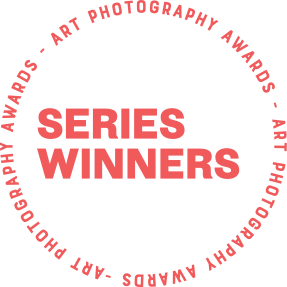 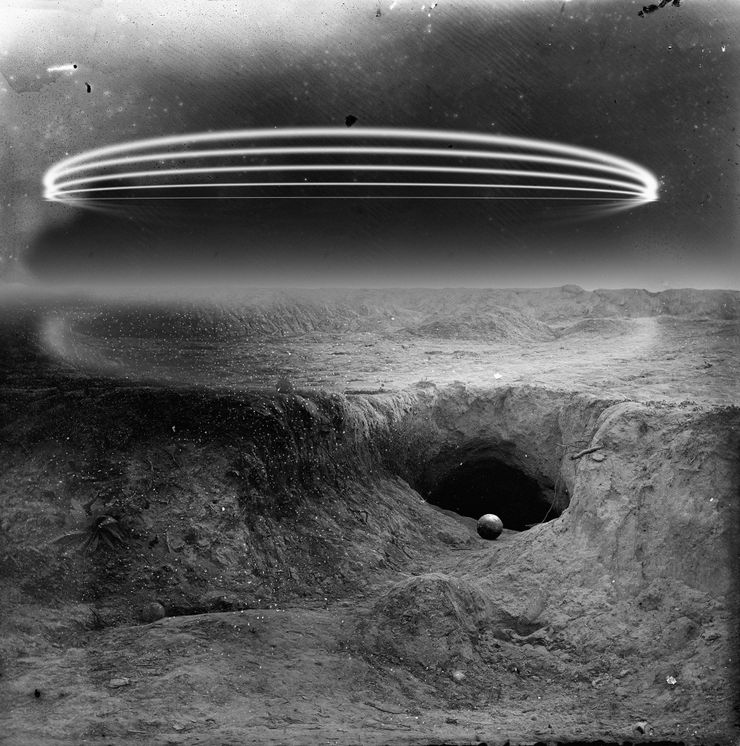 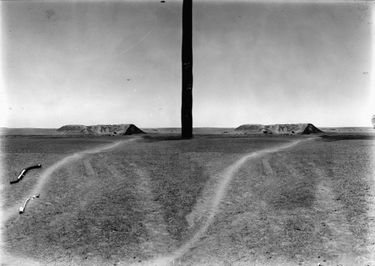 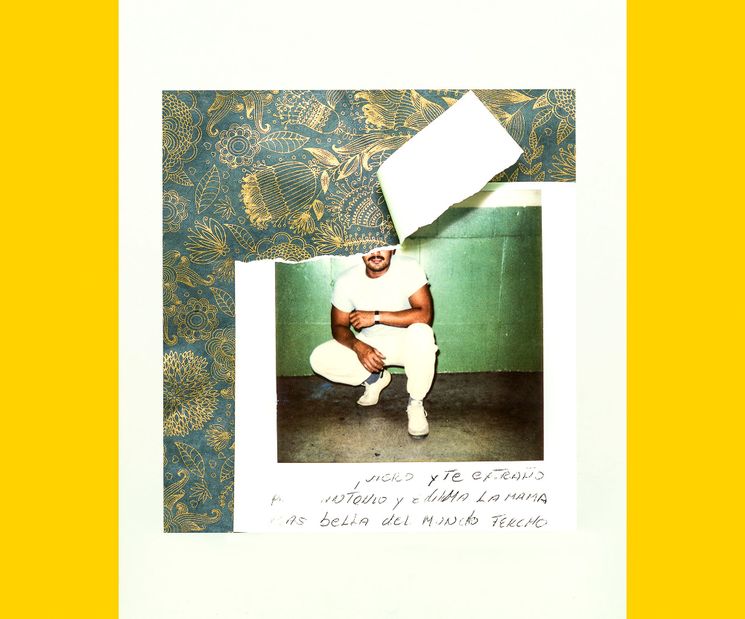 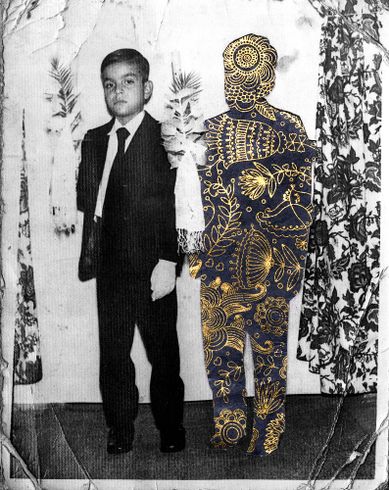 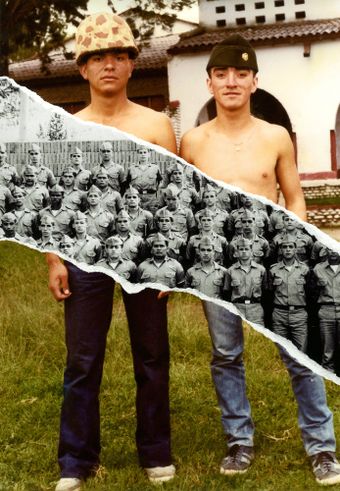 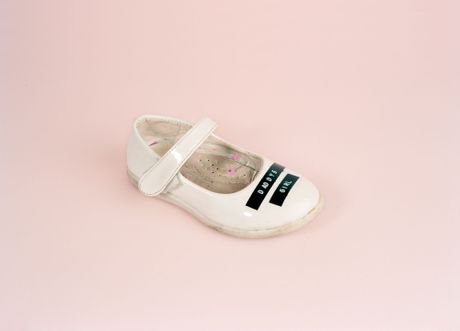 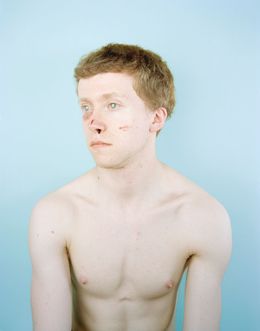 Jurying the LensCulture Art Photography Awards redefined my pre-existing notions on what ’art photography’ is. My main focus was to understand the artistic intent of the photographer—that remained constant—while simultaneously thinking about the variance of the term’s interpretation. The imagery that was most memorable was work that pushed boundaries (concept, medium, technique) while still retaining a visual or conceptual reference to art history.
— Laura Moya 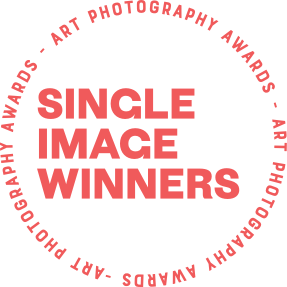 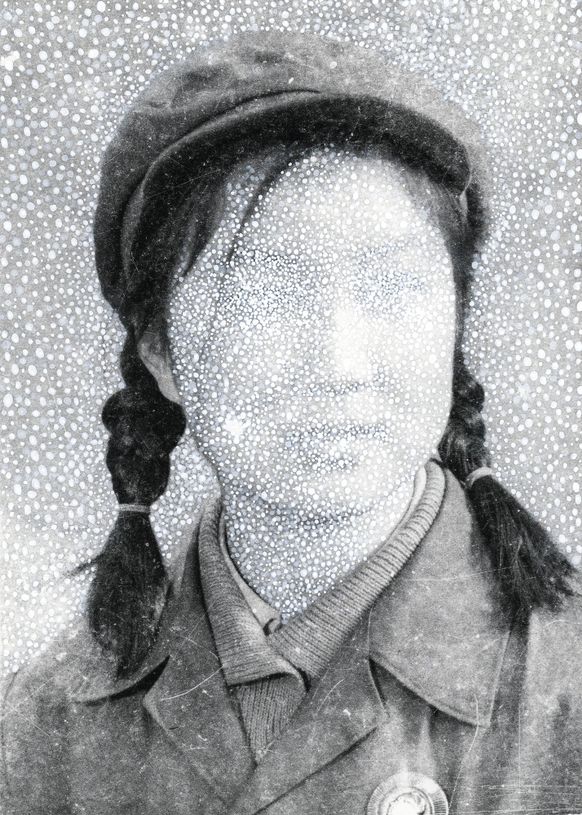 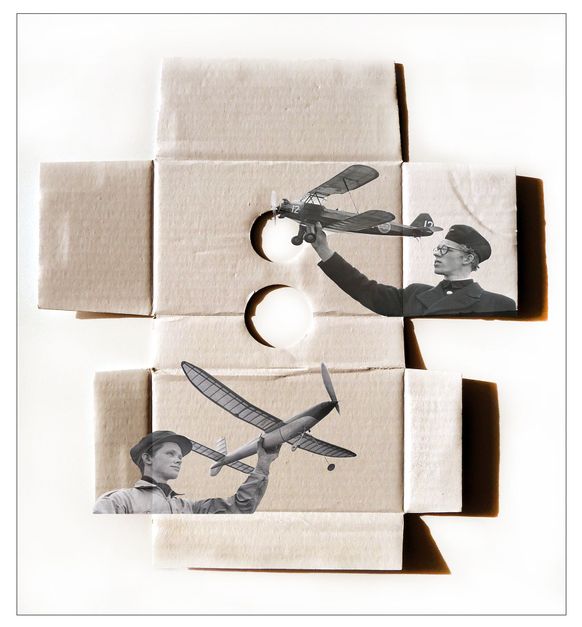 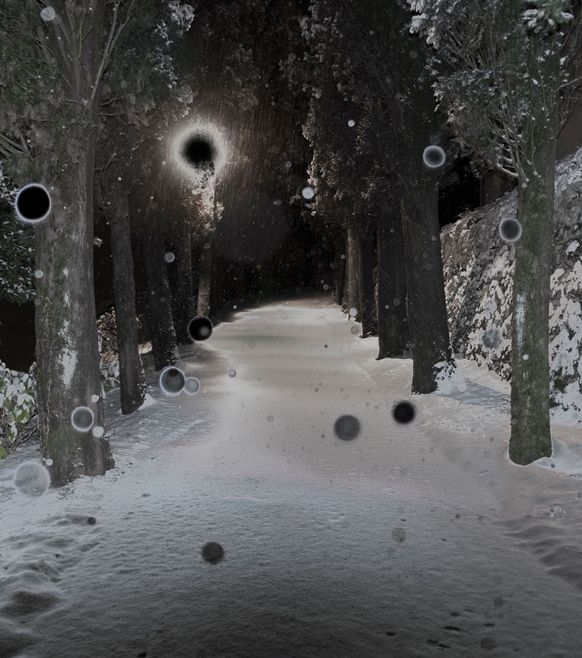 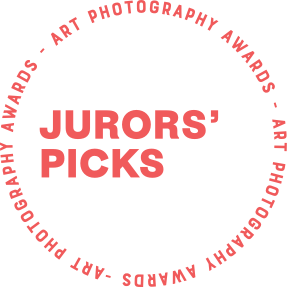 Each of the seven jury members selected one photographer to be awarded special distinction and a cash grant. Here are the jurors’ special selections, with a brief quote from each juror explaining what they especially appreciate about these photographers and their work.
See You at Home
Vikesh Kapoor, United States
Vikesh Kapoor
United States
Selected by Corey Keller
Curator of Photography SFMoMA
Learn Why
Corey Keller
Curator of Photography SFMoMA
United States

I was immediately drawn to Vikesh Kapoor’s work because his investigation of home felt particularly resonant—urgent, even—at this particular moment. What does home look and feel like, particularly in an adopted country? Kapoor’s project reminded me of a favorite body of work by Larry Sultan, in which Sultan explores the concept of home and the mythology of the American dream through photography and family snapshots and home movies. Kapoor’s work powerfully and poetically builds on this kind of investigation, imbuing it with a kind of poignancy that feels both very personal and also of the current political moment, summoning the debates around immigration and what it means to be an American. Not to mention that there are some terrifically good photos in this series: one of my favorites is that of the man wearing a knit hat, bathrobe and gloves, standing by the side of the pool—that eternal symbol of the golden American lifestyle. The pool looks drained for the season (or maybe permanently?), and the man looks equally pessimistic. It’s a sad picture, alleviated by a tender humor that I found appealing.

Yorgos Yatromanolakis returns to his place of origin and gives us images that are bathed in the liminal light of a blue dusk or the phosphorescent light of fireflies. He asks us to believe in his allegorical reality. Though his nocturnal wanderings across the Greek countryside, Yatromanolakis reconciles his internal process of metamorphosis. This body of work is visually stunning and harbors a spiritual aspect—an elegant yet eerie story of deliverance from one’s past—that resonated deeply with me.

At first glance, the artful landscape images in Florian Ruiz’s series The White Contamination might resemble old Japanese engravings, filled with jagged tree branches, calm bodies of water, snow-covered mountains and fields, and peaceful distant horizons. But on closer examination, they reveal what appear to be digital glitches and visual stutters — broken images patched together in a way that makes them vibrate with discomfort. These places are currently off limits to humans as a result of toxic radiation from the nuclear disaster at Fukushima in 2011, and they will remain uninhabitable for decades to come. Ruiz has found a memorable way to make images that convey a sense of poignancy and sadness about this long-lasting silent violence against nature.

Based in Johannesburg, South Africa, Lebohang Kganye works across photography, sculpture, and performance to reflect on personal and larger social narratives. For this series of photomontages, Khanye deftly reanimates family photographs of her deceased mother by superimposing herself, dressed in her mother’s clothing, onto the vintage images, creating a subtle meditation on the role of the family photograph and its ability to memorialize and connect us to the past. “This was my way of marrying the two memories (mine and of my mother), Kganye reflects. “I realised that I was scared that I was beginning to forget what my mother looked like, what she sounded like, and her defining gestures. The photomontages became a substitute for the paucity of memory, a forged identification and imagined conversation.” Kganye is a distinguished new voice in contemporary photography.

I found the work of Cassio Vasconcellos quite refreshing after looking at thousands of images during the jurying process. These photographs of massive ships, taken from the very unique point of view (underneath them in the water), are quite visceral, and I find them to be rather distinct. At first, they appeared to be painted, yet they have the sharpness only photography can bring. Perhaps it is their industrial nature, but I can’t stop thinking about the grittiness, which gives them an almost apocalyptic character that is reminiscent of the work of Anselm Kiefer.

In 2014, 43 male students went missing from a small Mexican village, sparking worldwide protests and the arrest of dozens of police officers and cartel members. While the reason for their abduction and murder remains unanswered, the stain on Mexico, and its people, remains today. Anne Charlotte Guinot’s series, Blood-Red / Sangre Rojo, addresses this incident, reminding us that beneath the majestic landscape bordering Mexico City lies the blood of countless murdered civilians, including these 43 students, some who have yet to be identified. It’s a powerful series that deserves our attention. 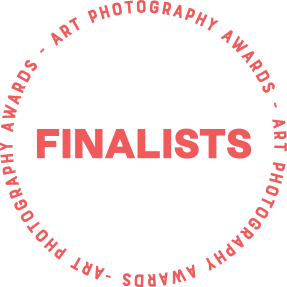 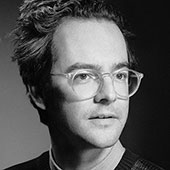 Michael Famighetti is the Editor of Aperture magazine. In 2013, he organized a relaunch and reconceptualization of the publication, which won a 2018 National Magazine Award for General Excellence. He is the recipient, with guest editor Sarah Lewis, of the ICP Infinity Award for Critical Writing and Research for “Vision & Justice,” the summer 2016 issue of Aperture.

In addition to editing the magazine, Famighetti commissions and edits books for the Aperture Foundation, including volumes by William Christenberry, Robert Adams, John Divola, Jonas Bendiksen, Kwame Brathwaite and Joel Meyerowitz, among others. He is currently a visiting critic at the Yale University School of Art and a participant in SVA’s Mentors program.

His writing has appeared in Frieze, Bookforum and Aperture, among other publications. He is a member of the American Society of Magazine Editors and has been a guest reviewer and speaker at many international festivals and institutions, including the Museum of Modern Art, New York; The New York Times; Vogue Italia; FOAM, Amsterdam; the Art Gallery of Ontario; the Bamako Biennial, Mali; Kyotographie, Kyoto; Museet for Fotokunst, Odense, Denmark; and Fotografiska, Stockholm. 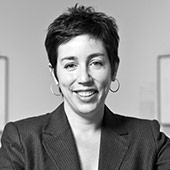 Corey Keller is the Curator of Photography at the San Francisco Museum of Modern Art (SFMOMA). She joined the museum in 1999 and held a number of positions before she was promoted to her current role in 2012.

At SFMOMA, Keller organized the critically acclaimed exhibition “Brought to Light: Photography and the Invisible, 1840-1900” (2008), which explored the use of photography in 19th-century science, particularly focusing on the representation of phenomena invisible to the naked eye. Accompanied by an award-winning catalogue, the show traveled to the Albertina Museum in Vienna, Austria.

With SFMOMA curators Janet Bishop and Sarah Roberts, Keller co-organized a large-scale exhibition celebrating the museum’s 75th anniversary in 2010, as well as its accompanying major catalogue. She was instrumental in organizing the much-discussed symposium “Is Photography Over?” (2010) and also participated as a panelist. Other exhibitions that Keller has curated include “Henry Wessel” (2006) and “1906 Earthquake: A Disaster in Pictures” (2006). She also coordinated the San Francisco presentations of “William Eggleston: Los Alamos” (2005), “Looking In: Robert Frank and The Americans” (2009), and “Henri Cartier-Bresson: The Modern Century” (2010), among others. She oversees “Picturing Modernity,” SFMOMA’s ongoing presentation of its world-class photography collection. 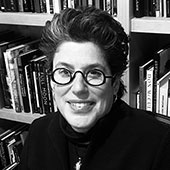 December 1, 2017 marked the 30-year anniversary of the Catherine Edelman Gallery, a venerated venue for contemporary fine art photography in Chicago. Since its founding in 1987, it has established itself as one of the leading galleries in the Midwest devoted to the exhibition of prominent living photographers, alongside new and young talent. Showcasing a broad range of subject matter, the gallery attracts both seasoned collectors and first-time buyers. Recently, the CEG expanded its program to include mixed-media photo-based art in an effort to expand the vocabulary of photography. The gallery hosts six exhibitions a year, and participates in art fairs throughout the country. Catherine is an active member of the Association of International Photography Art Dealers (AIPAD) and is widely respected as a leader, educator, and specialist in the field of contemporary photography. 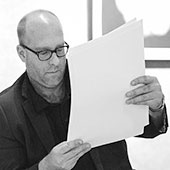 Todd Hido is a San Francisco Bay Area-based artist whose work has been featured in Artforum, The New York Times Magazine, Eyemazing, Wired, Elephant, FOAM, and Vanity Fair. His photographs are in the permanent collections of the Getty, the Whitney Museum of Art, the Guggenheim Museum, New York, San Francisco Museum of Modern Art, the de Young, the Smithsonian, the Los Angeles County Museum of Art, as well as in many other public and private collections. Most notably, Pier 24 Photography holds the archive of all his published works.

He has over a dozen published books; his most recent monograph titled Excerpts from Silver Meadows was released in 2013, along with an innovative B-sides box set designed to function as a companion piece to his award-winning monograph. Aperture has published his mid-career survey entitled Intimate Distance: Twenty-Five Years of Photographs, a Chronological Album in October of 2016. His next book, titled Bright Black World, will be released by Nazraeli Press in late 2018.

In addition to being an artist, Hido is also a collector of others’ work. Over the last 25 years, he has put together a notable photobook collection, one that will be featured in Bibliomania: The World’s Most Interesting Private Libraries forthcoming in 2018 by Random House. 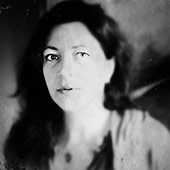 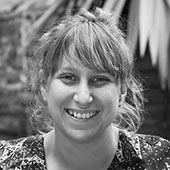 Alona has curated and edited a number of exhibitions and publications, including: Another Kind of Life: Photography on the Margins (2018); Richard Mosse: Incoming, 2017; Strange and Familiar: Britain as Revealed by International Photographers (2016) with Martin Parr, and Constructing Worlds: Photography and Architecture in the Modern Age (2014) with Elias Redstone. She has also widely contributed to art magazines and books, including Vitamin P3 (Phaidon, 2016) and Modern Forms: A Subjective Atlas of 20th Century Architecture by the contemporary photographer Nicolas Grospierre (Prestel, 2016). Alona lectures regularly across Europe, and was a judge for the 2018 British Journal of Photography International Photography Award. 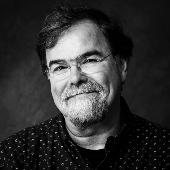 Jim Casper is the editor-in-chief of LensCulture, one of the leading online destinations to discover contemporary photography from around the world. As an active member in the contemporary photography world, Casper organizes annual international photography events, travels across the globe to meet with photographers and review their portfolios, curates art exhibitions, writes about photography and culture, lectures, conducts workshops, serves as an international juror and nominator for key awards, and is an advisor to arts and education organizations.

Visit our Exhibition at Aperture Gallery in New York City! 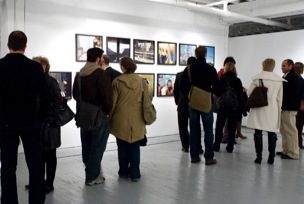 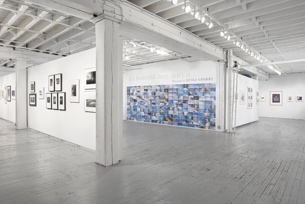 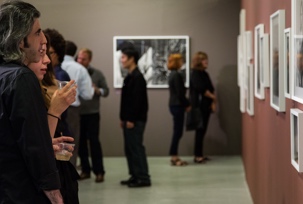 LaToya Ruby Frazier exhibition © Aperture
All of the selected photographers from the Art Photography Awards 2018 will be exhibited at the world-renowned Aperture Gallery in New York City. The show will take place in 2019—we will release the dates soon. We hope to meet many of you at the show!
Thank You

LensCulture would like to thank every photographer who participated in this competition—your entries, which came from all over the world, have been a true inspiration to view and consider! We would also like to extend our sincere gratitude to the members of the jury who worked long and hard reviewing the entries to the competition and ultimately selecting the brilliant work displayed here.