To celebrate International Women’s Day 2016, the editors of LensCulture would like to honor and thank the following 35 female photographers for inspiring us with their remarkable dedication, creativity and vision.

These 35 are at the top of our most popular features about contemporary photography in the past year (updated with 14 new photographers from last year’s list!). Of course, we are missing quite a few other amazing photographers with this short list — no slight is intended.

Click on each name to see amazing projects by each photographer. Enjoy!


Cheers to all great women, everywhere!

—The editors of LensCulture


Self Portrait, My Belt, Héraðsandur, Iceland, 2011. © Agnieszka Sosnowska
Birthday Suit—Age 33 (1978). From the long-term, self-portrait series "Birthday Suits: A Woman, Her Camera & Time" (every April 22nd since 1974). © Lucy Hilmer
From Self Portraits with Men © Dita Pepe
Young people who do not have a job related to metallurgy desperately want to leave. They do everything to find work on "the continent". They cite their home's harsh living conditions, the lack of places to go out and the severe sense of isolation. "We cannot even leave for the weekend to visit another city, to change ideas and meet other people." © Elena Chernyshova
For Lempicka © Katerina Belkina
Rememories © Maia Flore / Agence VU'
Shima & Lina's father is a civil project manager. "Our father has studied in Europe. That's why he gave us all the freedom the Western youths have in personal life." © Nafise Motlaq
Bride, 17 years old, leaving her house for her wedding ceremony. She met her future husband on the day of her engagement. Early marriages occur mainly in the Kvemo Kartli and Ajara regions. Kakheti Region. 2014 © Daro Sulakauri
From the series, Another Family, © Irina Popova
New York, NY September 10, 1955 © Vivian Maier/John Maloof Collection. Courtesy Howard Greenberg Gallery, New York
Camera obscura / Anu, Tampere, Finland, 2004 © Marja Pirila
Twins, 20 years old. Nicola is a recovering anorexic and Rachel had breast augmentation. From the series "In My Skin" © Michelle Sank
125th Street, New York © Stacey Baker
From the photobook, Penumbrae © Juul Kraijer
Monica, from the series Natural Red Hair © Hanne van der Woude
Untitled (#0471). Courtesy Yancey Richardson Gallery. © Hellen van Meene
Interior from Gorno Drjanovo, Bulgaria © Eugenia Maximova
Let Your Heart Be The Map. This deeply emotional portrait shows the story's heroine, Katie. November 2012. © Kirsty Mitchell
Supercell Over Downtown Roswell. Finalist, LensCulture Earth Awards 2015. © Jody Miller
Poolscape 90. © Karine Laval
Creating a world just for us. From the series "Experimental Relationship" © Yijun Liao
Andrij, 27, master of astronomy, picture was taken after he spent 9 months in the war zone. March 2015, Ukraine. © Wiktoria Wojciechowska
Julie and Rachel's bedroom is infested with fleas. A handicapped man shares the bedroom with them as their roommate. © Darcy Padilla / Agence VU'
Pauline © Laura Stevens
From Eden and After © Nan Goldin
Grandmother. From the series "Mutters Schuhe" © Nina Roeder
Self-Portrait, Chemo 4th Cycle IV, 03.2006 © Kerry Mansfield
Statuette Vili, Fanta, Guinea 2011 © Namsa Leuba
Hannah, 15 years old. Boko Haram stormed into my house on the night of the 28th of September 2013. I was in a deep sleep, they asked my sister, mother and I to come outside. My father was not around at the time. They asked our names and upon hearing our Christian names they decided to take me away. I am the daughter of a pastor, and at the time I was only 14 years old. When I left the house with them, they burnt a church and then we journeyed for two days to reach their camp in the Gwoza hills, it was a long and difficult journey. Once I reached the camp I was forced to join Islam, given a new name and they married to one man. I managed to escape one night with two other girls. I am still struggling with the memories but I am trying to focus and to continue with school and become a businesswoman. © Ruth McDowall. Finalist, LensCulture Portrait Awards 2016
Bona, Charlottesville, 2015. © Zanele Muholi. Courtesy STEVENSON (Cape Town and Johannesburg)
UCP-UMCG © Laura Hospes
Heart of the Dragon © Beth Moon
Grandmothers © Magda Kuca
Observatoire II, 2013. © Noémie Goudal
Ma Lam Tabki (Unless Weeping), 2014. © Sama Alshaibi
Lighter. Discarded cigarette lighters make reference to our single-use, "Throw Away" society. The Panda motif, an endangered species and national emblem of China, faces away from the group, representing mother nature turning its back on man's inability to take ownership of its waste. This serves as a metaphor for the future and ultimately our own mortality. Recovered in Hong Kong over three years. 2nd Place, Fine Art Series, LensCulture Earth Awards 2015. © Mandy Barker 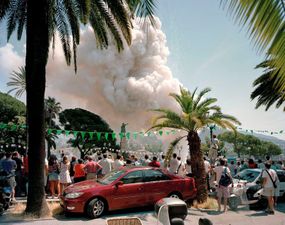 KA-BOOM
Andrea Botto
Andrea Botto photographs planned explosions in public spaces, where the spectators and the context become more interesting than the blast itself. 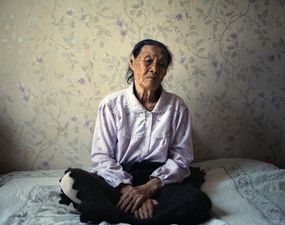 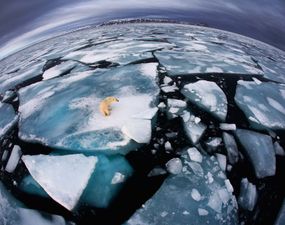 Best of December: Deadlines for Competitions, Workshops, Residencies and More
LensCulture Editors
Our editors have put together a curated list of worthwhile (and imminent) opportunities for photographers—have a look and best of luck! 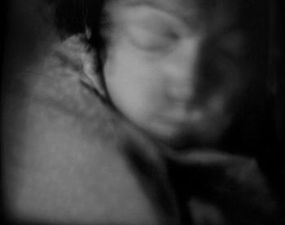 être au monde (to be in the world)
Isabelle Rozenbaum
Paris-based photographer Isabelle Rozenbaum uses her craft to try to come to terms with her personal family history, the Holocaust, and the insistent, visual murmurings of the unconscious. 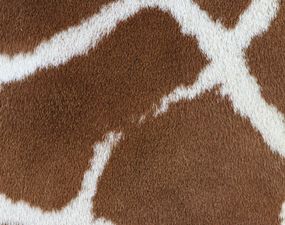 Skin
Yusuke Sakai
Close-cropped, delicate details of the richly textured surfaces and skin of living animals—meditations on the beauty of nature. 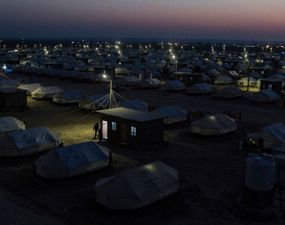 A Map of Displacement: Understanding Kurdistan
Metrography Agency
Every day, we are overwhelmed with stories of the growth of ISIS, the destruction of ancient cities, the death of innocents—meanwhile, these brave Iraqi photojournalists go deeper and stay longer, offering in-depth humanitarian reports that aim...